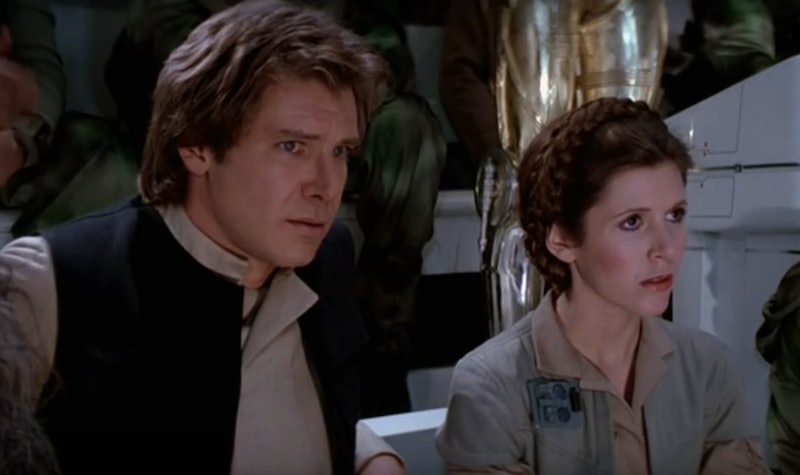 The highly anticipated live-action Star Wars television series has an official spot in the franchise's timeline. Nerdist editor Dan Casey reported on Twitter that director Jon Favreau has confirmed that the new Star Wars show will take place after the Battle of Endor. Favreau revealed that the show will be set seven years after the Star Wars: Return of the Jedi war scene, and will feature all new characters.

Disney and Lucasfilm announced in March that Favreau would be writing and executive producing the series. Favreau has previously worked with Disney while helming Iron Man, Iron Man 2, and the live-action adaptation of Jungle Book (he is also working on that movie's sequel and a version of Lion King). The filmmaker told Nerdist that the live-action Star Wars series will include the use of the same cutting-edge CGI technology of the Jungle Book, which critics praised for its incredibly life-like wild animals. This means that the aliens, cities, and topography of planets in the galaxy far, far away might just look as real as any creature, town and landscape found here on Earth.

Favreau revealed the new details about his series while at the premiere of Solo: A Star Wars Story, in which he voices alien character Rio Durant.

The new series currently does not have a release date. When it does debut it will be available on Disney's new direct-to-consumer platform.

Though the details on the series are still sparse, the specific time period does give avid fans some idea of what could be going on in the series. According to Star Wars canon there's a full three decades between the events in Return of the Jedi (Episode VI) and The Force Awakens (Episode VII). In that time a lot happened in the galaxy that has been previously left mostly uncovered by any of the franchise's movies.

While we might not know very much about the specifics of this time period, there are some broad details fans know. According to io9's timeline, — which culled information from official books, comic books, and video games that are part of the canon — in the year that follows the Rebel Alliance's victory in the battle of Endor (which marked the end of Emperor Palpatine's Galactic Empire), the group reorganized itself as The New Republic.

Around this same time the remaining Imperial forces who were still loyal to Palpatine's evil grand vision for the galaxy were also reorganizing in the shadows under the new name First Order. It'll be several years before they become the incredibly powerful army and space fleet that is seen in The Force Awakens.

It's unclear how much this ongoing battle of forces for a good republic versus those for a bad empire, will play a part in Favreau's series. Io9's timeline includes a few small skirmishes between the two sides in those early years following Return of the Jedi, which could play a part in the series if it follows forces for either side. However, the series could take an entirely different approach by focusing on characters living in the universe who are not necessarily major fighters, but instead occupy a different space in the universe. This could be an opportunity to see what the bounty hunters and smugglers, who have always played a part in the movie's universe (like Boba Fett and Han Solo), are up to when the galaxy is in a time of relative peace.

In addition to the live-action Favreau project, Disney is also working on an animated series, Star Wars Resistance, which is set to debut next fall. That series will also take place in the time between Episode VI and VII, but many years later, after the First Order takes over and the Resistance has been established. The two series will go a long way to filling in the gaps on what happened in this 30 year period.

More like this
The 50 Most Powerful Characters In The Marvel Universe, Ranked
By Johnny Brayson and Nola Pfau
These Memes & Tweets About Alicent in 'House Of The Dragon' Prove She's The Queen Of Messiness
By Grace Wehniainen
This Episode 6 Moment Foreshadows Viserys' Fate On 'House Of The Dragon'
By Grace Wehniainen
‘RHOSLC’ Star Jen Shah’s Arrest & Legal Drama, Explained
By Brad Witter and Jake Viswanath
Get Even More From Bustle — Sign Up For The Newsletter