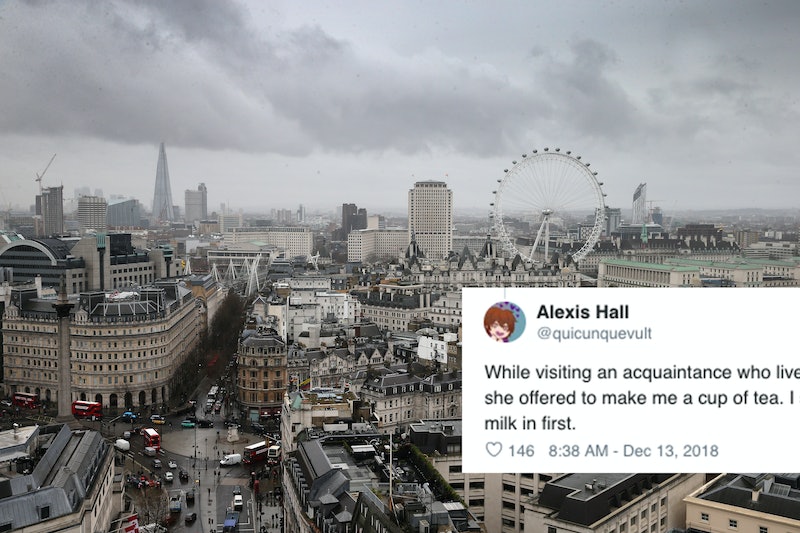 American publication the New York Times has been known to stir up a mixed bag of reactions with their recent coverage of London, and after a request put out today by the newspaper, they appeared to put their foot in it once again. The New York Times asked about British experiences of petty crime and how they were handled by the police. However, it's fair to say that it didn't exactly go to plan.

Although I'm sure that some responses submitted may have indeed been genuine, the New York Times was inundated with some typical British sarcasm — and it was amazing. Some hilarious feedback from Londoners included the story of a man who was "pick-pocketed by a Fagin-esque old man" along with a "gang of orphan children." Now, we get the feeling these petty crime experiences may (definitely) be fabricated, but due to the paper's previous reporting of the UK capital, it's no surprise that us Brits weren't taking their request too seriously. According to the Daily Mail, the U.S. paper has previously reported that all Londoners subsisted on boiled button and porridge throughout the last decade — which also provoked quite a reaction on social media.

Despite the New York Times' attempt at a serious report on the city's apparent spike in violent crime, London's Twitter users weren't having any of it, and some of the responses are legendary.

Many of the comedic responses had a particular focus on the London Underground, with one user stating "Someone made eye contact with me on the tube once. The culprit is still at large, despite a massive police operation." And celebrities also got in on the action, including actor Stephen McGann who joked about making eye contact with a fellow Tube passenger. And food writer and critic, Tom Parker Bowles, also jokingly described an unpleasant Underground interaction.

Other Twitter users opted to submit some dodgy tea-making incidents to the U.S. publication as their experience of petty crime, which presumably left the news outlet regretting their promise to publish the best responses.

Our very British obsession with proper manners also made an appearance throughout the sarcastic replies, with one tweet from the Soho Theatre stating, "One night two audience members tried to sit in the same seat and neither apologised. It was mayhem, we had to cancel the show." Whilst journalist Matt Walsh shared his own "horror" story about some inconsiderate neighbours, he said: "My neighbours left their bins out for two days after they were emptied. The horror, the horror."

According to the BBC, the American publication are on the lookout for insight from the city's residents, in order to contribute to a piece by Ceylan Yeginsu, their London-based reporter who's apartment had recently been burgled. The newspaper is yet to respond to the thousands of jovial comments sitting below their original tweet. Bustle reached out to Yeginsu for comment. While I am yet to receive a response, Yeginsu did retweet the following:

She certainly has a point. While the final piece likely won't include these amusing takes, it will be interesting to see the real difficulties that many Brits face day-to-day.