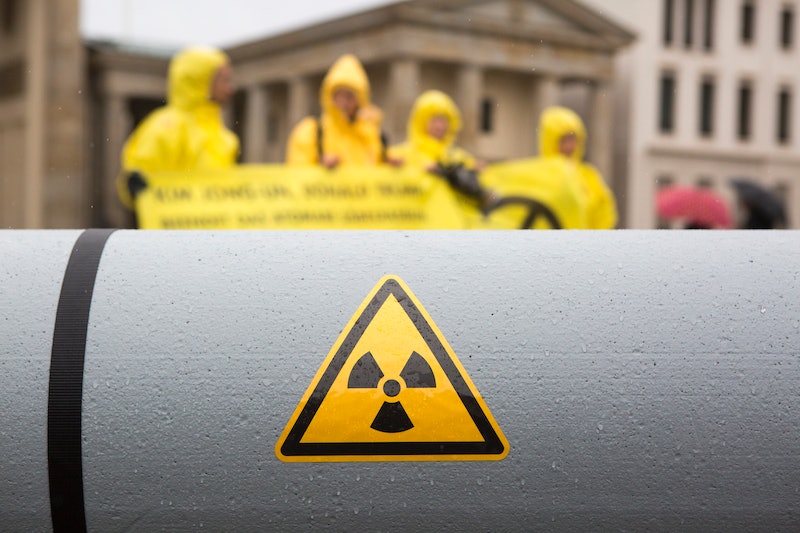 The bill was jointly introduced by Warren and Smith, who is the chairman of the House Armed Services Committee. According to The Washington Post, the lawmakers introduced it by explaining that the bill aimed to confirm what “most Americans already believe — that the United States should never initiate a nuclear war.”

In a joint statement on the bill, as released by Warren on her website, the lawmakers said,

Our current nuclear strategy is not just outdated--it is dangerous. By making clear that deterrence is the sole purpose of our arsenal, this bill would reduce the chances of a nuclear miscalculation and help us maintain our moral and diplomatic leadership in the world.

Though the bill is shockingly short in length, the joint statement by Warren and Smith outlined three main goals for the piece of legislation; specifically, for how the legislation would strengthen national security.

First, the two legislators believe the act would "[reduce] the risk of a nuclear miscalculation by an adversary during a crisis." Second, they maintain that it would "[strengthen] our deterrence and increasing strategic stability by clarifying our declaratory policy." And lastly, the lawmakers asserted that it would "[preserve] the U.S. second-strike capability to retaliate against any nuclear attack on the U.S. or its allies."

This isn't the first time the No First Use Act has been floated for consideration in recent history. During his presidency, Obama reviewed similar legislation, but many of his cabinet advisors were openly and starkly against the bill, so he eventually decided against it.

There are multiple strains of reasoning held by opponents of the No First Use Act. One argument is that a statement like this by the United States could destabilize nuclear policy internationally, causing allies of the United States to feel nervous and enemies of the U.S. to disbelieve the compact. Vipin Narang, a professor of political science at MIT, said to Vox, "A declaration, without any attendant changes to the US’s ability to actually use nuclear weapons promptly, absent changes to the actual posture, alert levels, etc. — your adversaries won’t believe it."

Narang continued, “There’s a real concern here that your allies might...And for our allies, at least, not declaring one way or another that we might use nuclear weapons in their defense in a conventional attack against them may help reassurance at the margins."

The fate of the bill, for now, is unclear. In the release of its new nuclear weapons policy in early 2018, the Trump administration declared that a policy like the one Warren and Smith are proposing was unnecessary.