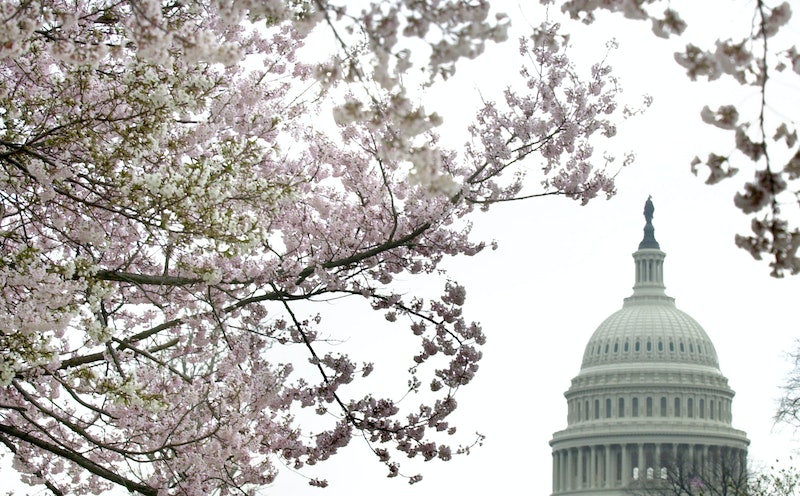 Some six months ago, a program run by the National Security Agency (NSA) that tracked who Americans called and texted was reportedly shut down. News that the NSA surveillance program had been stopped came out in a surprising comment made by a congressional aide on a podcast, and was first widely reported by The New York Times.

Reports of the program's existence — originally brought to light by the Edward Snowden leaks — spurred a national conversation on privacy in 2013. Following the passage of the USA Freedom Act in 2015, the way the data was handled was supposed to change and stay in the hands of phone companies. Only then, with a judge's agreement, could the NSA ask for logs of one individual and everyone they were in contact with.

But the program had still erroneously been tracking data that it didn't have legal authority to collect, The New York Times reported last June. Luke Murry, national security adviser to House Minority Leader Kevin McCarthy, referenced those errors in his explanation of why it was shut down.

"The administration actually hasn't been using it for the past six months because of problems with ways in which that information was collected," Murry said on the Lawfare podcast. "Possibly collecting on U.S. citizens in the way that was transferred from private companies to the administration after they got FISA court approval."

NSA programs are classified, so the public comments on the matter were met with surprise by the news media. Murry also spoke on the potential difficulty of getting the program back up and running now that it has been out of commission so long. "I'm not actually certain that the administration will want to start that back up given where they've been six months," he said.

The White House must decide whether or not to extend the program under Freedom Act. One expert told The New York Times that it might be harder to do now that it's public information that it has stopped.

"If there is an ongoing program, even if we all have doubts about it, that’s a very different political matter than if the program has actually stopped," Daniel Schuman, the policy director of Demand Progress, told the paper. "Then the question becomes 'Why restart it?' rather than whether to turn it off."

According to reports, the program — even after being reworked to leave phone records with the phone companies — gave the government access to huge volumes of information. In 2016 it gathered 151 million records when there were just 42 terrorism suspects; in 2017, that jumped to 534 million records for just 40 suspects.

Some of the records the NSA collected belonged to people not actually connected to terrorism suspects due to an error in the data provided by one phone company. That meant that the NSA had a database with everyday people's phone records included. Rather than filter them out, they decided to delete and start over. Whether it will actually start over now that the status of the program is public information is up in the air.

The debate will surely continue in the short term, as a debate on whether or not congressional aides should share such information on podcasts probably will as well.