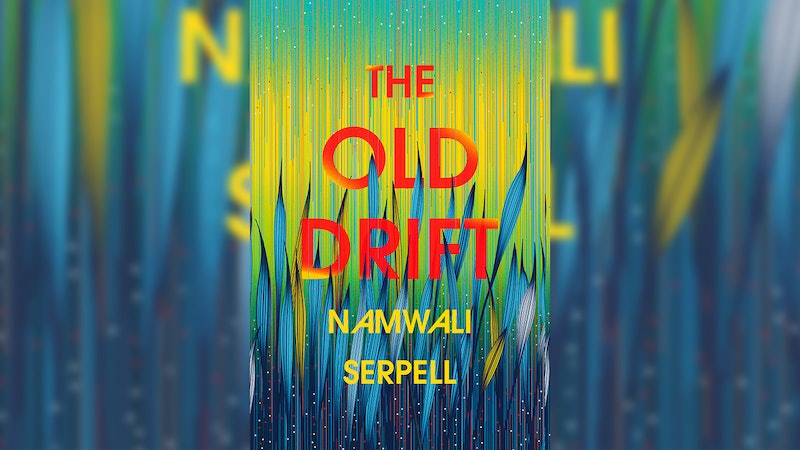 At the turn of the 20th century, an Englishman drifts into the heart of the African country that will become Zambia. Three decades later, a baby girl is born with her entire body covered in hair; it won’t fall out and it won’t stop growing. One young woman loses her eyesight, while another physically cannot stop crying. A radical political leader plots to send a young woman to the moon, with 12 cats in tow. These are the people of The Old Drift, Namwali Serpell’s debut novel, named for a colonial settlement in then-Northern Rhodesia. The novel spans over 100 years and three generations in the lives of three Zambian families, extending from 19th century colonialism to Afrofuturism.

The Old Drift is filled with complex characters and their even more complex relationships to one another, and the book has earned Serpell comparisons to writers like Gabriel García Márquez and Leo Tolstoy (two literary influences she herself mentions, in a recent interview with Bustle.) In this novel — which she’s been writing, on and off, since 2001 — she weaves together elements of history and biography, fairy tale and magical realism, romance and science fiction, as well as her own experiences growing up and living between Zambia and the United States.

Her time spent straddling these worlds, Serpell tells Bustle, has "connected [her] with home in every kind of way: the seasons, the way the air smells, even the sun looks different there because of where it is on the horizon." The Zambia that Serpell describes is one that might surprise readers, subtly defying every stereotype and assumption Western readers may have about Africa and about Lusaka, Zambia, in particular. Her characters’ ethnicities and histories overlap as much as their narratives do; they are the colonizers and the colonized, European and African, poor and wealthy — and they are all Zambian (or, Rhodesian, as the case may be.) Serpell’s Zambia is one that is both very real and imagined by the author.

"...the seasons, the way the air smells, even the sun looks different there because of where it is on the horizon."

“I play with genre a great deal,” says Serpell. “There are a lot of pieces of Zambian history, and there are aspects of my experience growing up there, in a place that felt very mixed and cosmopolitan to me, that I wanted to reflect to the world. I don’t think people think of Lusaka or a lot of African countries in that way, but that’s how it felt to me growing up. My father’s originally British, I’m mixed race, I went to an Indian school, my sister is Buddhist and became Buddhist in Lusaka. There’s a lot of cultural mixing and mingling that I wanted to explore in my country."

What ultimately brings Serpell’s characters together is hair. There is a lot of hair in this book: hair growing on bodies and out of the ground, hair salons, and wig-makers’ boutiques. For several of Serpell’s characters, hair is both their curse and their blessing, their downfall and their redemption, their prison and their freedom. It’s a nod to fairy tales, which are notoriously filled with stories of hair. But Serpell says her inspiration also came, in part, from her doctoral thesis, which involved researching the theory of maternal impression — aka: the idea that if you are exposed to something when you are pregnant then it will affect the child. This is a theory supported by both science and myth, as Serpell learned.

"There’s a lot of cultural mixing and mingling that I wanted to explore in my country."

"I read that if you pass by a barber shop and they’re throwing hair out the window, then your child will be hairy, and I was really fascinated by that,” the author says. “Growing up in Zambia, my mother owned various business at various points and one of them was a hair salon. Hair is just incredibly important to black culture, and for me specifically, Zambian culture.”

The Old Drift also explores tonsure — the religious practice of shaving one’s head and offering the hair as a sign of devotion and humility. In many instances — both in the novel and in real life — the donated hair is taken from pilgrimage sites and turned into wigs, feeding the local economy. "Realizing that there was a way in which hair from a different place could literally be woven into the hair on your head, and seeing that as a kind of figure for that weaving of cultures, it felt like the perfect way to bring these families together," Serpell says of her characters. "I wanted to invoke the kind of baroque, magical realist filigree around the body that I admire so much in writers like Márquez and Rushdie."

Another element of magical realism Serpell employs comes in the form of mosquitoes: yes, those buzzing, swarming, disease-spreading insects that are practically synonymous with hot, lush climates. Mosquitoes — a crescendo of them — provided the overarching structure of The Old Drift. Constantly swarming, they open the novel and see it through to its conclusion, providing a blend of wordplay and ominous exposition in between.

“I like to think of them as the ministering spirits, or the ministering sprites,” says Serpell. “It was a real joy to write as them, because they really get to nerd out about entomology and etymology, and about history and philosophy and science. It was a great delight.”

Of course, no one loves mosquitoes, she adds, making a distinction between a love of mosquitoes and a respect for them. “They’re slightly unreliable narrators. They have this kind of humming presence rather than an overtly didactic one. Their playfulness was really important to me — to make sure they weren’t too heavy-handed, and also to could give you a sense that maybe they weren’t the most reliable.”

The mosquitoes also tap into another theme of the novel — this one decidedly science fiction rather than fairy tale: blood. Specifically, one character’s ethically compromising search for a genetic mutation that will make future humans resistant to HIV/AIDS. It’s a future solution that, inevitably, seems to cause far more problems than it solves. "There is a long history of treating black bodies like test subjects without their knowledge," says Serpell. "There is a history incidents in the U.S., of course, but there are incidents in Africa as well, of experiments done in HIV and AIDS research. I just had a sense that if science is going to think about solving the HIV/AIDS crisis, it’s going to be dark, and not just positive."

Recent popularity of titles like The Handmaid's Tale and 1984 indicates that the science fiction genre is especially resonant with readers right now. But does Serpell feel like science fiction is still a place where the imagination can play, or is there some sort of obligation now for authors to try to "predict" the future?

“If something comes true that you’ve imagined in your mind, it spooks you a little bit,” she says. “I tend to think about the future in my writing as the near future, not three centuries from now. It means that I have the capacity to see the things I think come true. Some writers writing space operas set in the century 3000, they won’t even ever know if what they thought came true. But writers who work in this short order time span have to constantly negotiate this ethical dilemma: am I future casting in a way that business is going to usurp and run with? Am I tapping into the zeitgeist of scientific discovery? Am I able to responsibly depict that in a way that might make us more aware of the trouble ahead, and not just the miracles?”