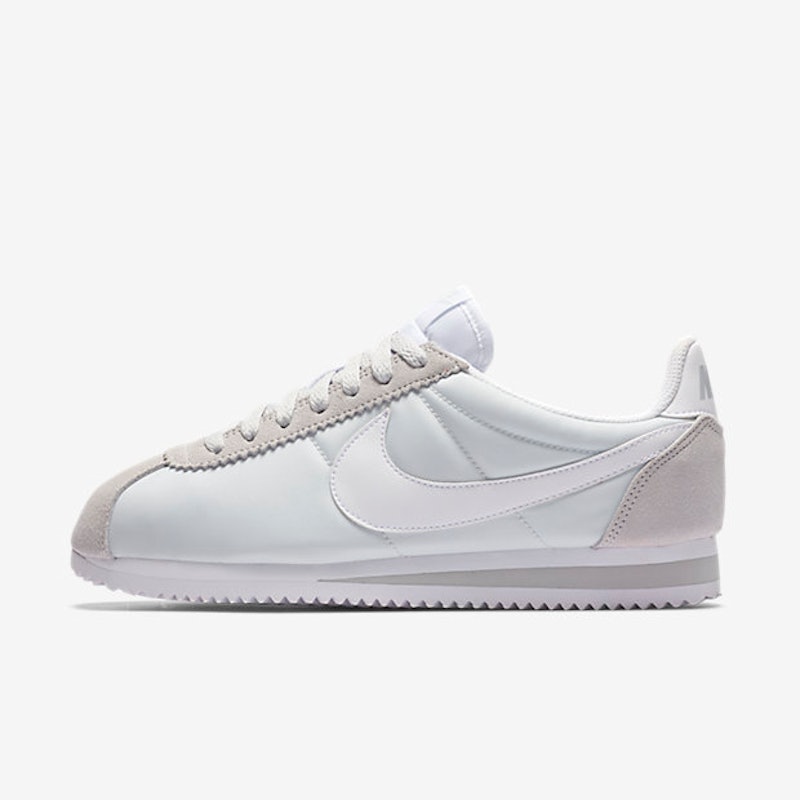 Every once in a while, an amazing sneaker is introduced, it spreads like wildfire, and it monopolizes the shoe game. Enter: the Nike Cortez — so ubiquitous among fashion bloggers and street style obsessors that yes, it's getting dubbed the new Stan Smiths.

Classic in structure and feel, the Cortez features a totally retro look, thanks to a rounded toe and vintage design. Minimal and casual, these sneakers are the perfect addition to any look, whether you're pairing them with a pair of distressed denim, skirt, or even sun dress. And if you're thinking you've seen these shoes before, it's because you have.

Originally released back in 1972, the Cortez made its debut as a running shoe, thanks to Nike's co-founder, Bill Bowerman. An olympic-class track coach, Bowerman wanted to create a shoe that was comfortable and durable enough for long-distance training and running, according to Nike.

What Bowerman came up with was an extremely comfortable, yet stylish shoe that would live on for decades to come. And once again, they're trending, kicking all your other white sneakers to the curb.

Available in five different colorways, there's a Cortez out there for everyone. Plus, you can even design your own, so you can create a pair that tickles your fancy.

The Cortez celebrated its 45th anniversary in June, and like a fine wine, it's only aged better with time. Did you know it made a cameo in Forrest Gump?

Aside from Forrest unboxing the shoe, showing off the red, white, and blue version, you've also probably seen it on Bella Hadid's feet, mid-skateboard, imitating the infamous photo of Farah Fawcett skateboarding with the same shoes on for Charlie's Angels.

Oh, she's getting somewhere with those on.

If queens Hadid and Fawcett are rocking them, it's no wonder they've shown up practically everywhere, on the feet of models, fashion bloggers, and street style enthusiasts.

How can you not fall in love with them with their normcore appeal?

OK, so maybe you're not a runner or skateboarder — but it doesn't mean you can't look the part!

Say goodbye to your Stan Smiths (put them away, at least — in the fashion world, trends and items are cyclical), and say hello to the Nike Cortez, which will be gracing your feet all summer and fall long.