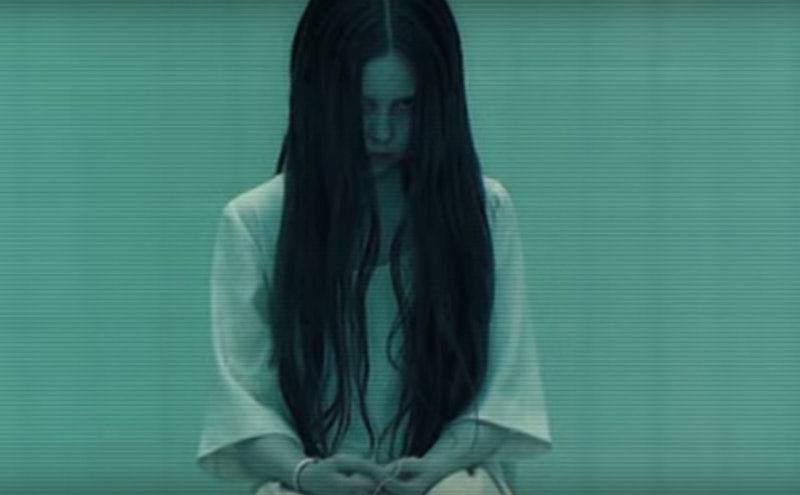 If you spent most of 2002 completely afraid that a young girl with long black hair was going to crawl out of your TV to kill you, then you obviously watched The Ring when it came out. And though you've no doubt remained haunted by the movie on some level ever since (I certainly have) to the point of just wanting to move on from it already, there's a strange fact about The Ring that you'll definitely want to know about — especially if you're a Disney fan. That's because the adorable young actor who voiced Lilo in Lilo & Stitch also played Samara, the creepy, young girl you remain utterly terrified by from The Ring. That's right guys, Samara and Lilo shared the same actor. Mind. Blown.

Adding to the peculiar nature of this information is the fact that both movies were released the same year, in 2002. That means that Daveigh Chase, the young actor from The Ring and Lilo & Stitch, was simultaneously serving up some adorable comedy antics in one movie, and unadulterated nightmare fuel in another. At some point you may have even watched The Ring, felt completely disturbed by it, and then tried to counteract the horror by enjoying the Hawaiian carefree joys of Lilo & Stitch. Except, the joke was on us, because Lilo and Samara were played by the same actor, proving that just like in the movie itself there was no escaping the horror of The Ring.

As well as her performances in The Ring and Lilo & Stitch, Chase's career also includes several other interesting roles. In 2001, for example, Chase voiced Chihiro in Sprited Away, the English dubbed version of the Studio Ghibli classic animation. Likewise, the year before The Ring and Lilo & Stitch were released, Chase played Samantha in Donnie Darko, the beloved cult classic, and reprised her role in 2009 for the slightly less than beloved sequel, S. Darko.

Prior to all of these roles, Chase also enjoyed minor roles in shows such as Sabrina The Teenage Witch, ER, and Charmed. A little more recently, you may have seen her as Rhonda Volmer in the HBO series Big Love. So for Chase's whole career you may have been watching Lilo, and Samara, in a variety of projects without even realizing it.

As far as legacies go, Chase managed to play two extremely memorable, and even iconic, characters within the same period of time and that's really something. Lilo and Samara being such intense opposites to one another only adds to the remarkable, and bizarre, shared connection between the two.

Now, if you don't mind, I have a doomed VHS tape that I have only seven days to copy and pass on to someone else, otherwise I have a feeling my TV set may suffer some form of preternatural disturbance. If I just keep on watching Lilo & Stitch on repeat instead though, then I'm sure I'll be fine too, right? Oh boy.