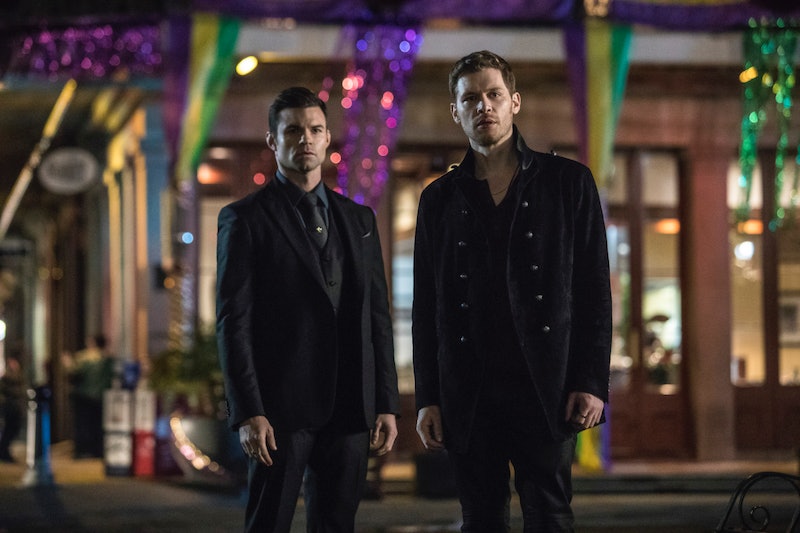 Who would've thought that when the Mikaelson family was introduced back in the third season of The Vampire Diaries that they'd go on to become so beloved by fans. In fact, their popularity went so far as to earn them their own spinoff series, The Originals. But while The CW show has lasted for five action-packed seasons, The Originals won't return for a sixth season, leaving many to wonder what will become of this supernatural clan by the time the cameras stop rolling.

Last we saw, Klaus was gearing up to sacrifice his own immortal life in order to save his daughter, Hope, from being consumed with too much power. But is that really how his story will play out? Viewers can get to the bottom of this mystery, once and for all, during Wednesday night's series finale.

However, before you start mourning the loss of yet another beloved vampire show (first True Blood, then TVD, and now this!), you can at least take some comfort in knowing that your supernatural obsession can still live on, even if the Mikaelsons don't. In fact, you won't even have to say goodbye to all of the characters you've come to know and love, both in Mystic Falls and in New Orleans.

Back in May, it was announced that a spinoff of The Originals had been ordered at The CW. With Julie Plec once again at the helm, Legacies will center around Hope Mikaelson and the younger generation of supernatural beings. The official synopsis reads:

"Continuing the tradition of The Vampire Diaries and The Originals, the story of the next generation of supernatural beings at The Salvatore School for the Young and Gifted. Klaus Mikaelson’s daughter, 17-year-old Hope Mikaelson; Alaric Saltzman’s twins, Lizzie and Josie Saltzman; and other young adults come of age in the most unconventional way possible, nurtured to be their best selves…in spite of their worst impulses. Will these young witches, vampires and werewolves become the heroes they want to be — or the villains they were born to be?"

Additionally, Anne Rice's Vampire Chronicles TV series is heading to Hulu at some point in the near future (though a premiere date has yet to be announced). Meanwhile, Vampire Diaries alum Ian Somerhalder was just recently cast to star in Netflix's upcoming series V-Wars, based on Jonathan Maberry's 2012 book series of the same name, which chronicles the first ever vampire war. So to say that there will still be plenty of vampire-related TV content in your life would be an understatement, to say the least.

That's doesn't mean that saying goodbye to a show like The Originals won't still sting because it will. However, it does lessen the pain to know that, much like vampires themselves, supernatural shows will continue to exist forever and leave a stake-like mark on our collective hearts for many more years to come. Don't miss the series finale of The Originals, which airs on Wednesday, Aug. 1 at 8 p.m. ET on The CW.