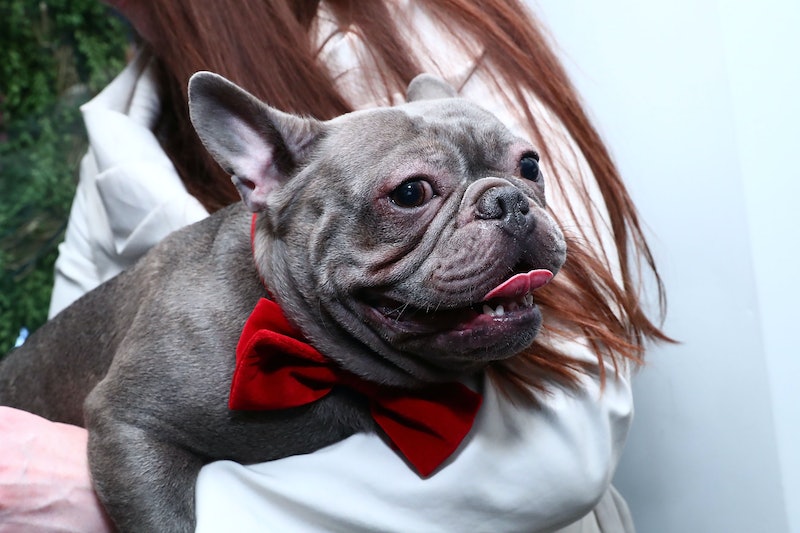 On Thursday, President Trump signed the PAWS Act, which protects domestic abuse survivors' pets from abandonment and abuse, into law. The bill was first introduced in 2014, but is only now becoming law after it was included in the $867 billion farm bill that Congress passed earlier in the month.

“Threatening violence against a loved one is one of the most powerful tools [domestic abusers] have,” Laura Van Zandt of the domestic violence agency REACH told the Boston Herald. “People often ask why does someone stay in an abusive relationship. The pet and the threats to the pet are one of those reasons. The link is very real. The use of violence against a pet can indicate the willingness to use violence against a human.”

The PAWS Act aims to help pets avoid domestic abuse and abandonment after the abuse of their owners. It expands the definition of stalking to include "conduct that causes a person to experience a reasonable fear of death or serious bodily injury to his or her pet," effectively making it a crime to threaten the well-being of somebody's pet. It also requires that restitution in domestic abuse cases includes veterinary costs for the survivors, if there are any, and establishes a $3 million federal grant program to help survivors of domestic violence find shelters for their pets.

That's significant: According to the Cut, only 3 percent of shelters for domestic violence survivors allow pets, and the few limited studies that have been conducted on the topic suggest that this is a common disincentive for survivors seeking to leave their abusers.

More than half of the House of Representatives co-sponsored the measure, which was pushed by Reps. Catherine Clark and Ileana Ros-Lehtinen. Clark celebrated the passage of the bill at a press conference at the Massachusetts Society for the Prevention of Cruelty to Animals. Shelter puppies were in attendance, according to the Boston Globe.

“No one should have to make the choice between finding safety and staying in a violent situation to protect their pet,” Clark said in a press release. “This law empowers survivors with the resources to leave a dangerous situation while being able to continue to care for their pet. I’m grateful for the partnerships we’ve formed between organizations working to end both domestic violence and animal abuse. Together, we will help save lives.”

Several animal rights groups endorsed the bill, and they applauded its inclusion in the farm bill.

“The inclusion of the PAWS Act in the Farm Bill will help victims of domestic violence and their pets escape abusive environments and seek the shelter and safety they need,” Richard Patch, vice president of federal affairs for the ASPCA, told the Cut. “We are grateful to Representative Clark for her steadfast leadership on this issue and we applaud Congress for including this groundbreaking provision in the Farm Bill.”

The farm bill included two additional animal rights provisions as well, albeit minor ones. It bans the import, export, and slaughter of dogs and cats for human consumption, which is still legal in 44 states, and closes a federal loophole that allows dogfighting and cockfighting in U.S. territories abroad.