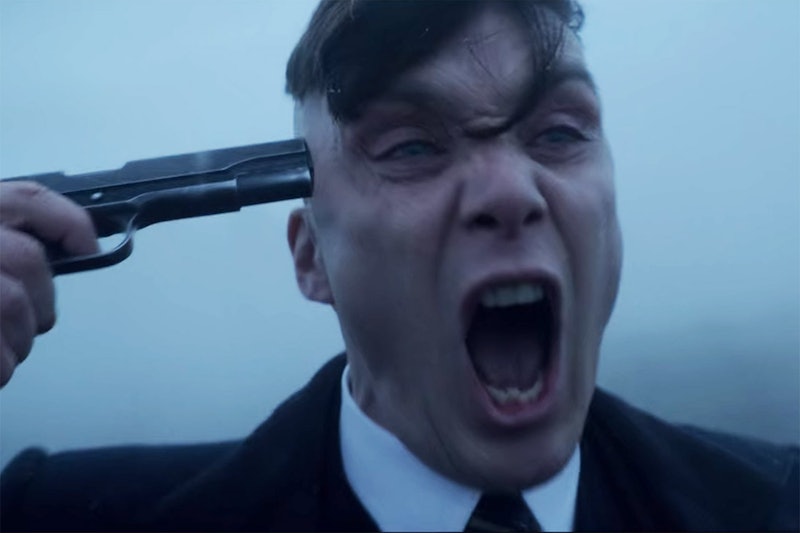 Spoilers for Peaky Blinders S5 ahead. Ever since that ending to season five aired, Peaky Blinders fans have been eagerly waiting for the next installment. But due to the ongoing coronavirus pandemic, the series was put on hold indefinitely. While the journey to its return may be a long one, director Anthony Byrne recently revealed the opening scene of Peaky Blinders season six and yes, it deals with that painful cliffhanger.

“Yeah, it picks up directly,” Byrne explained via a live video interview with Digital Spy on June 20. “So, the very first image you will see will be back in that field… Tommy, with a gun to his head. Then, we will move on from there, we resolve that amazing moment… it’s great.”

Byrne then went on to tease the introduction of a new female character with a dark side. “I haven’t seen a character like her in Peaky before,” the director said. “I won’t say who she is, but she certainly gives Tommy a run for his money. She challenges him in a different way basically. She’s certainly not a protagonist and I don’t know if she’s an antagonist.”

He continued: “It’s similar to [Oswald] Mosley. She has a similar ideology, and that’s challenging for any character, like I’ve said before… he or she, they don’t have guns or a gang, but they have an ideology that’s like a virus and it’s more dangerous than anything.”

Peaky Blinders, which still has at least another two seasons ahead according to creator Steven Knight, was right on the cusp of production as Britain went into lockdown. “It’s a real shame not to be able to make it for you this time,” Byrne wrote on Instagram. “But I personally want to thank the crew that I’ve spent months working with and I want to send my love and support to them and everyone else. We are in this together. These are extraordinary times, and we must be extraordinary in them.”