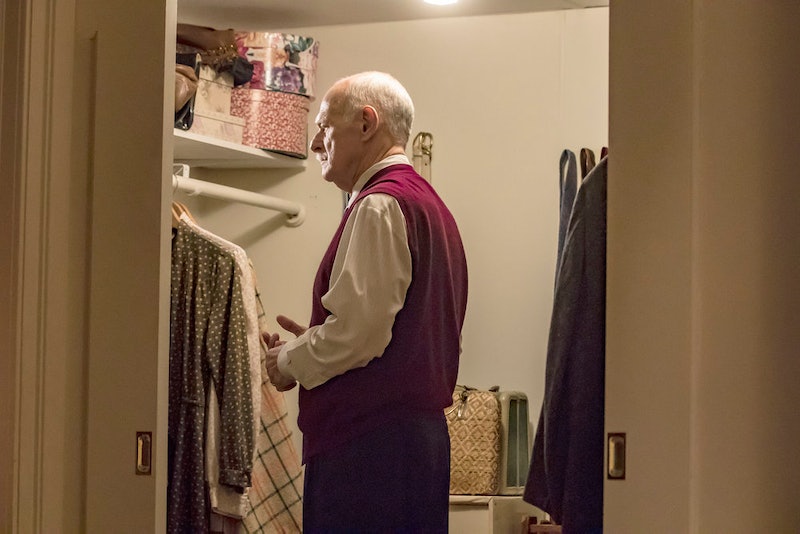 As if the web of This Is Us wasn’t infinitely complicated with timelines and relationships and flashbacks, viewers were treated to even more backstory on Dr. K, aka the man who delivered the Pearson babies and encouraged Jack and Rebecca to adopt little Randall. It turns out that Dr. K was going through a very difficult time of his own, and delivering the Pearsons may have helped Dr. K move on from his wife's death on This Is Us.

Dr. K’s glass-half-full demeanor at the hospital wasn’t exactly the whole picture of what was going on in his life. On the day the Pearson kids were born, Dr. K’s wife had been dead for 14 months, and his son had been pressing him to “move on.” Not the nicest way to tell your dad he should forget your mom after they were married for 53 years, but hey—you do what you have to do. Dr. K’s grief was so bad, in fact, that he went to his wife’s grave and told her that he didn’t want to go on without her and insinuated that he was ready to take her leftover cancer medication so that he could join her on the other side. He loved and missed her so much that he considered ending his own life in order to be with her. He couldn't live without her. Cue the tears (at least on my couch). But as he was telling his wife’s grave that he sought to join her soon, his pager went off, and that was the pager that summoned him to deliver the Pearsons.

After giving Jack that pep talk that we all saw in the pilot about making lemonade out of the sourest lemons, Dr. K took his own advice. He told his wife that he had to move on, and he started to—he gave away her things, he started having dinner with a nice lady down the street, and he felt that his wife would have wanted him to be happy. Though it seems like Dr. K saved Jack that day from missing a son, the Pearson family saved Dr. K, too—they gave him hope for the future and a new lease on life.