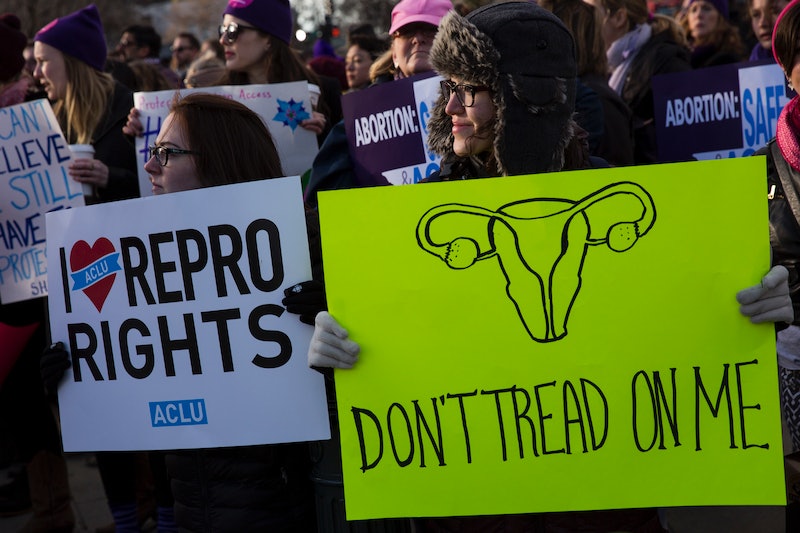 So many of our cultural attitudes are shaped by the language we use and the way we normalize ideas into our lexicon. That's why for Susan Yanow, a consultant to the reproductive rights organization Women Help Women, openly using the word "abortion" is critical in the work of de-stigmatizing a woman's right to choose. After all, from Yanow's perspective, if those of us fighting for reproductive rights shy away from the word, what does that tell the rest of the world?

Yanow has spent decades working as an advocate for reproductive rights, including serving as the founding executive director of Abortion Access Project. At Women Help Women, she recently helped the group launch the Self-Managed Abortion Safe and Supported (SASS) portal, which provides women with crucial medical information about how to safely conduct at-home abortions. The portal is meant as an educational resource for women already planning to use misoprostol for a pill-induced at-home abortion. The SASS portal also provides women with the option to email or chat with doctors and counselors for support and tips.

She tells Bustle that despite how common abortion is globally, many women still shy away from the word abortion because of stigma.

"Women are expected to become mothers, to become deliriously happy about pregnancy," Yanow says. "In Spanish, in some contexts, when someone takes the [misoprostol] pill it’s called 'bringing down your period,' as opposed to 'abortion.' So, the concept is that your period is late, you have a delayed period and you bring it down."

Yanow believes that it is crucial women have complete control and choice in the framing of their own experiences, especially with something as personal as abortion. However, she also believes that stigma around abortion holds more power when women shy away from using the word "abortion."

"We have a challenge here, because I absolutely believe women should dictate the narrative around their experience," Yanow says. "But, if we have a large amount of women saying they’re 'bringing down their period' we’re doing nothing to de-stigmatize."

And from Yanow's years of experiences working toward expanding women's access to abortion care, she's seen how much work there is left to do to de-stigmatize it.

For example, Yanow sees from her current work with the SASS portal that there are still so many myths and so much fear surrounding using misoprostol for home abortions — and that's even with women using misoprostol for decades. According to a 2000 study of misoprostol use in New York City — an area that has some of the most liberal abortion access in the country — 5 percent of the women surveyed had used misoprostol at home and as many as 37 percent expressed familiarity with the concept.

"It’s their right to claim it as they want, but politically, we all need to work very hard that abortion is safe and accessible, and that requires the A-word."

"I think the biggest misconception is that it’s [misoprostol] not safe, and I think that’s interesting because, in fact, if a person goes to a clinic now, the abortion part of the process is at home," says Yanow. She explains how the woman takes the pill to induce the abortion in front of the doctor but "then later, she experiences the contractions and miscarriages at home."

Again, for Yanow, the act of pushing to de-stigmatize the word "abortion" is complicated. Encouraging women to share their experiences if they don't feel ready feels contradictory to the concept of women's choice. However, there is a chicken-and-egg scenario between how safe women feel speaking up and how many other women are hiding their abortions.