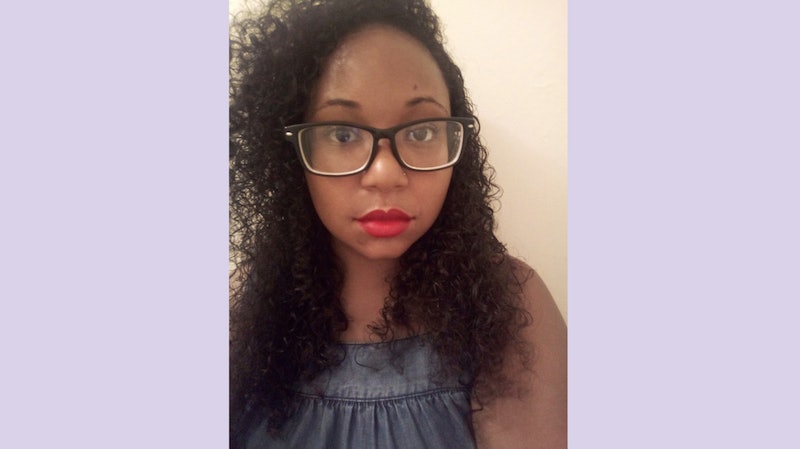 During my junior year of high school, my mother, teacher, guidance counselor, and I all met to discuss my behavior. I was bored with my coursework and had stopped participating in class. I was unusually contrite and being disrespectful to teachers on a regular basis. We were having the kind of closed-door meeting that is normally adults-only, but I had the added duty of being a translator. “Do you want to wind up unhappily married at 25 with five kids to your name?” my guidance counselor pestered. “¿Que dijo?” Mami asked me perplexed. I mumbled something to soften the blow trying to shield my mother from the veiled insult but my guidance counselor puffed up her chest and repeated the barb more slowly. Though she spoke Spanish, my guidance counselor preferred to do her patronizing in English. My mother understood the slight and remained quiet.

I, on the other hand, was tired. As an International Baccalaureate student and member of numerous clubs, I was tired of going to school from 6 a.m. to 6 p.m. Tired of the uninspired teachers that badgered, “future seniors, retirement is not an option.” And I was absolutely tired of being the model child, star student, and all around exemplary daughter. I just wanted my music and my books. I wanted to drown in the sounds of Incubus interpolated with bachata beats and salsa songs while thumbing through bootleg copies of Marquez and Allende novels.

In that very meeting, much to the shock of everyone involved, I dropped all my higher level International Baccalaureate and Advanced Placement classes leaving me with a double lunch, three periods of study hall, and whatever courses were legally required for graduation. I was done. My mother was supportive of my choices though she didn’t really understand I was giving up.

Overachievements were my standard growing up, and they led to higher and higher expectations. I entered school already able to read and write, thanks to my older siblings. From there on, were a series of advanced milestones. I even hit puberty early — by 10 I was already menstruating and at 12, appeared much older. At church, deacons advised my mother to marry me off quickly lest I become one of those “fast” girls. Mami wasn’t having it. She wanted more for me. I had already demonstrated an aptitude for studies and my mother fought like hell to allow me the education she never had.

Mami left school before turning 16 in the summer of 1969. After moving to the U.S. just a year earlier from the Dominican Republic, she left the South Bronx to move New Jersey with her friend. She made good on timing. In a month, she had a social security card, work permit, and had already met her future husband, my father, avoiding becoming what my very traditional grandmother considered a jamona quedá — a leftover old maid — before the age of 18.

Thirteen years later, I, her fourth born, would make a delayed entrance into the world after 24 hours of labor. I was an alert baby, slow to walk but capable linguistically. I had all the hallmarks of the “perfect” daughter — well behaved and soft spoken. I loved being in the kitchen. My earliest memory was receiving a miniature caldero — a tiny cooking pot — as a gift and learning to make perfect rice before being able to properly dress myself.

Before fifth grade, I was fluently bilingual in English and Spanish and navigating middle school while going through puberty. After a disastrous airport encounter where immigration officials berated my father for missing a few cues, I insisted that my parents apply for U.S. citizenship. I was fed up with being treated lesser when traveling abroad. A natural caretaker, I began tutoring my mother and father for the exam when I was just 12. In my teens, I was charged with everything from filling out our apartment lease agreement to reviewing tax returns. When the time came for college admissions, I was on my own.

Somewhere along the line, I assigned myself to the martyrdom of lifting my family out of poverty via higher education. I was exposed to lofty ideals in the Gifted and Talented program and inducted into the Junior Honor Society where my then principal gushed that I’d one day “change the world.” My eighth grade salutatorian speech was so inspirational that even the kids that didn’t like me took pictures with me at graduation. Two short years later, I was in a deep depression and in my despondency, began to rebel.

I was acutely aware of my family’s financial situation and the impossibility of my collegiate ambitions. My mother didn’t understand my sudden misdirection and I had no way of expressing my hopelessness. It was clear that I had just one option: work. Work hard. That’s how I found myself trading jabs at a parent teacher conference with the very people that were supposed to help me succeed.

And as few expected, I went to work after high school — in food service, in retail, in customer service, in childcare and later, in community organizing. I was determined to not allow the same thing that happened to me to happen to my little sister. It never occurred to me that I was doing too much until years later a coworker hugged me after a heart-to-heart and told me to rest. Today, I’m still trying to catch up while simultaneously giving myself a break.