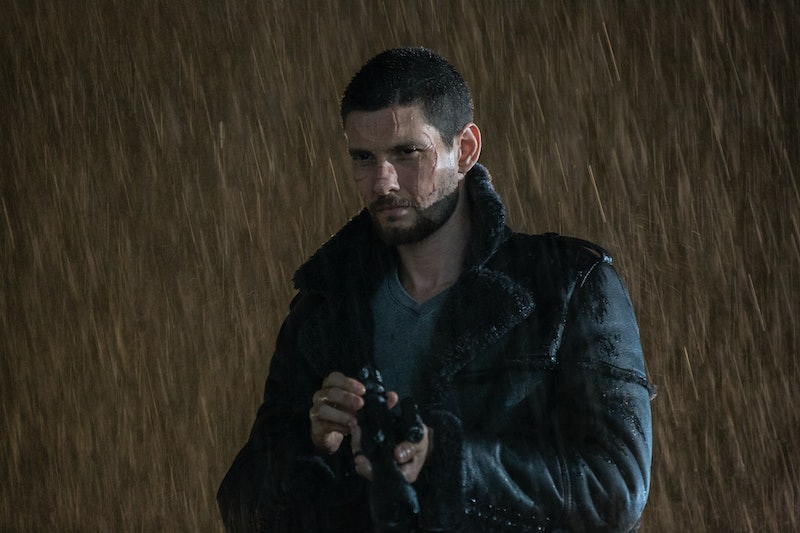 Spoilers for The Punisher Season 2 ahead. Whether you view The Punisher as a show about veterans, a show about toxic masculinity, or a show about gun violence — it's a comic book series at heart. A casual Marvel fan may not realize how deep this show goes, but the Marvel Easter Eggs in The Punisher set the show apart, much like the anti-hero himself.

The biggest difference between this series and other Marvel Netflix series is that it never once references any of the other vigilantes in the connected universe. I'm not just talking about the Avengers, who sometimes get a vague shoutout by these fictional New York citizens, whose only memory of Captain America, Hulk, Black Widow, Hawkeye, and Iron Man is when they swooped in and fought off an alien invasion. The Punisher Season 2 barely mentions Matt Murdock/Daredevil and doesn't acknowledge Jessica Jones, Luke Cage, or Danny Rand/Iron Fist — the heroes more closely involved with Castle. Only three characters pop up in Season 2 to remind fans that The Punisher takes place in a larger world, and his vigilantism is partially a product of that environment.

Season 2 takes Frank Castle out of New York City, where he meets new characters and gets involved in a new crusade. However, Billy Russo and other conflicts ultimately drive him back home — where he is forced to confront his past in ways that are kind of new, but also kind of the same.