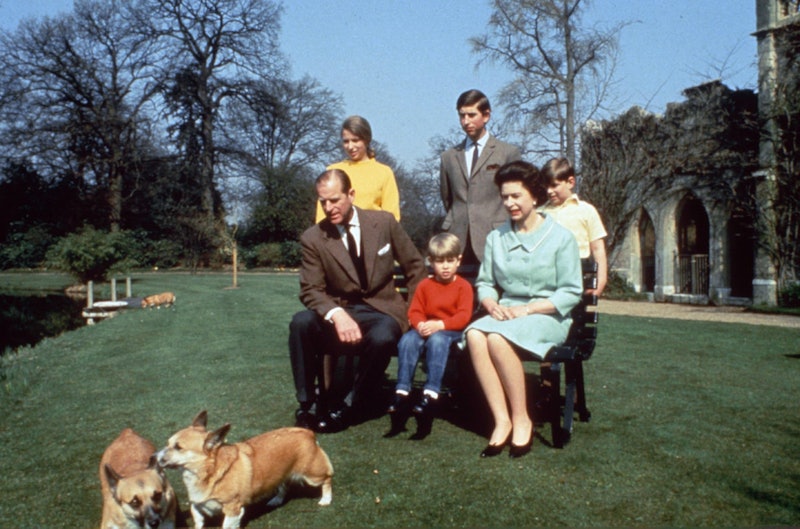 It’s been a somber week for Queen Elizabeth, who had to say goodbye to a loving companion. On Oct. 20, the Queen’s last corgi died, ending her Majesty’s nearly 80-year history with the breed, The Telegraph reports. Although her last corgi Whisper wasn’t a descendent of the long line of corgis Her Majesty bred over the years (Whisper was an adoptee), says The Independent, she grew fond of her last little corgi, who would follow her all around Buckingham Palace.

According to The Independent, the Queen has loved corgis since she was a teenager, so losing Whisper is undoubtedly very hard for Her Majesty. But all is not completely lost. The Queen does still have Vulcan and Candy, her two dorgis, aka corgi-dachshund mixes, says The Independent. It’s an interesting mix, and it kind of begs the question: with how much the Queen adored corgis, why did the Queen get dorgis?

According to Vanity Fair, Queen Elizabeth actually crossbred Vulcan and Candy by having one of her corgis mate with a dachshund that belonged to her sister, Princess Margaret. Although it’s unclear why she decided to add dorgis to her floofer family, Woman’s World says dorgis have actually been a part of the Royal Family for decades. In 2007, the Manchester Evening News referenced the Queen having not two, but four dorgis, says Woman’s World, and Queen Elizabeth was spotted in an archival photo dating back to 1976 with a pet dorgi. So, perhaps the Queen has a mutual love for both corgis and dorgis.

According to MyDogBreeds, most corgis look the same: like a little fox on short legs. But the dorgi? They’re like little sausage surprises. The dorgi is a designer crossbreed, says MyDogBreeds, and the way the dog looks depends on whether the dog takes on more of the corgi or the dachshund’s traits. That means a dorgi can have either the thick and coarse coat of a corgi, or the short and smooth coat of the dachshund, according to MyDogBreeds. And the dorgi might have a bobtail or a long tail, says MyDogBreeds, and their coats can be all different colors. According to Dogable, the dorgi also tends to inherit the corgi’s herding instinct. This was why the Queen’s corgis had a tendency to snap at servants’ ankles, according to The Telegraph, so training and socialization is important.

Her Majesty loves her puppers so much that she decided back in 2015 that she wouldn’t breed any more corgis because she doesn’t want to leave any dogs behind when she passes, The Telegraph reports. The Queen views her dogs as family, says The Telegeraph, always trying to be the one to feed and walk them every day. Her father, King George IV, introduced Queen Elizabeth to corgis for the first time in 1933, according to People, when he brought a pupper named Dookie into the family. She was given Susan, her first corgi, on her 18th birthday, says People. The rest, as they say, is history.

Losing a pet can be like losing a member of the family, but the Queen has two other family members in Vulcan and Candy to help bring her comfort in the days ahead.

More like this
The 5 Best Cat Trackers
By Megan Gray
Why Harry Styles & Olivia Wilde Make A Great Couple, According To Astrology
By Nina Kahn
Prince George & Sophie Wessex Shared A Tender Moment At The Queen’s Funeral
By Jake Viswanath
Princess Charlotte Proved She's Wise Beyond Her Years At The Queen's Funeral
By El Hunt
Get Even More From Bustle — Sign Up For The Newsletter