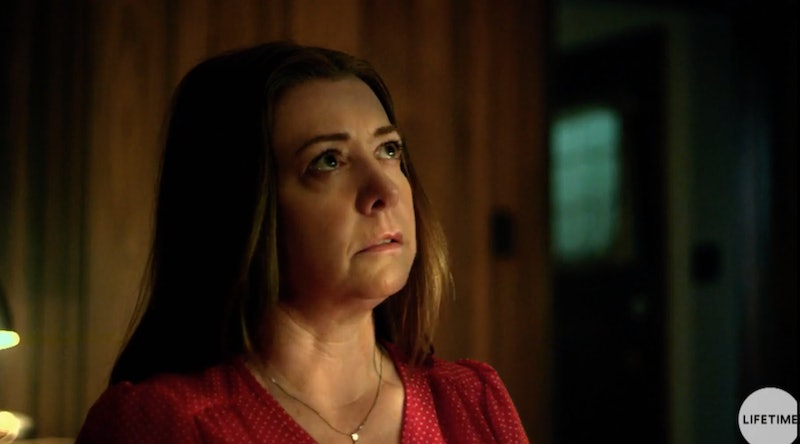 Come Saturday, Oct. 5, Lifetime's Abducted: The Mary Stauffer Story will tell the true story of Mary Stauffer, a missionary who was kidnapped in 1980 by Ming Sen Shiue and held captive with her 8-year-old daughter. Because it's Lifetime (and because it's television), some aspects of the story will inevitably be dramatized. But based on the film's description, the basic details match up quite closely with the real case.

According to the Pioneer Press, Shiue was a student of Mary's while she was teaching ninth grade algebra in Roseville, Minnesota during the '60s. Though he caused no issues at the time, other students later said he'd been obsessed with Mary. He stalked her for the next 15 years, at one point holding her husband's parents at gunpoint under the impression that he was at Mary's home (Mary's husband and his father are both named Irv, leading to Shiue's mistake).

"He threatened them that if they ever called the police he would come back and shoot them. Then he locked them in a bedroom downstairs, and they never did report it to the police," Mary's husband Irv recently told the Duluth News Tribune. They didn't tell Mary and Irv either, until they'd returned from a lengthy missionary trip they were on in the Philippines years later.

On May 16, 1980, Shiue approached Mary and her daughter, Beth, at a Minnesota beauty salon with a gun. He forced them into his car and drove home, pulling over a couple times on the way. During one of those stops, the Pioneer Press continued, a 6-year-old boy named Jason Wilkman caught a glimpse of Mary and Beth in the trunk, so Shiue killed him. He then took Mary and Beth to his home in Roseville, where he raped Mary repeatedly and videotaped some of the attacks. He told Mary he was enacting revenge because she'd ruined his life, claiming the B-grade she'd given him had prevented him from earning the scholarship he needed to attend college, and that he'd instead been drafted into the Vietnam War and ended up in a POW camp. In actuality, he'd graduated No. 1 in his class, reportedly attended the University of Minnesota, and never served in the U.S. military.

After being held captive for 53 days, Mary and Beth escaped, and Shiue was arrested. Per CBS, he was subsequently sentenced to 30 years to life for their kidnapping, as well as 40 years for Wilkman's murder.

During a parole hearing in 2010, Shiue apologized to the Stauffer and Wilkman families in court. "I assure [Mary] my unnatural obsession no longer exists … I will never bother her again. I give my solemn pledge that I will never hurt my victims in any way," he said, according to another Pioneer Press report.

Ultimately, psychologists testified that Shiue was highly likely to reoffend and should be committed as a sexually dangerous person, and his parole was denied. According to the Federal Bureau of Prisons, Shiue, who is now 68, is currently still in prison at the United States Penitentiary, Marion in Marion, Illinois.

Abducted: The Mary Stauffer Story premieres on Lifetime on Oct. 5. at 8 p.m. ET.