The Kennedys are no strangers to tragedy and controversy, but the Chappaquiddick incident involving the late Ted Kennedy remains one of the most talked about scandals decades later. In the upcoming movie Chappaquiddick, Kate Mara plays Mary Jo Kopechne, who died after Ted Kennedy’s car plunged upside down into a tidal pond. Kennedy was able to escape unscathed, but Kopechne was left to drown, and Kennedy waited 10 hours to report the incident to authorities.

The impact of the aftermath in Kennedy’s life is often talked about, with Kopechne reduced to just his rumored lover. Chappaquiddick pays more attention to Kopechne's own life, but Esther Newberg, who worked with Kopechne as one of Robert F. Kennedy’s “Boiler Room Girls” and was with her hours before her tragic death, criticized the film in an interview with People. “It was frustrating to read the screenplay and see one thing made up after another, and in no way can they attest to any of it because they weren’t there and they didn’t speak to anybody who was,” said Newberg. However, she does hope that the film will help bring attention to Kopechne’s legacy, beyond being the “blonde secretary” and rumored romantic interest to Kennedy.

Long before she met Kennedy, Kopechne was interested in politics. Chappaquiddick recounts how, after working in Alabama as a teacher at the Mission of St. Jude, she decided to relocate to Washington, D.C., working for Florida Senator George A. Smathers in 1963. She was then was transferred to work for Senator Robert F. Kennedy upon his election in the following year. While working for RFK, Kopechne's main role was as secretary to his speechwriters, which continued well through his 1968 presidential campaign. She playing a key role in helping to write RFK's speech announcing his candidacy.

This campaign involved a staff of five young women, including Kopechne, called “The Boiler Room Girls,” who had the responsibility of direct communication with each state director in the region they were assigned. Kopechne was assigned Pennsylvania, and she invested long hours working for RFK, doing everything in her power to guarantee his presidency.

RFK seemed to be headed towards securing the nomination of Democratic presidential candidate, winning the California and South Dakota presidential primaries, until he was tragically murdered at the Ambassador Hotel in Los Angeles. His death devastated Kopechne, who felt a strong bond with the late presidential candidate. She decided to leave D.C. for some time, working as a campaign strategist for Colorado Governor Stephan McNichol in his run for Senate, up until his loss against Senator Peter Dominick. She then moved back to D.C. and began working for Matt Reese Associates, one of the first political consulting companies. Her political career seemed to be taking off. 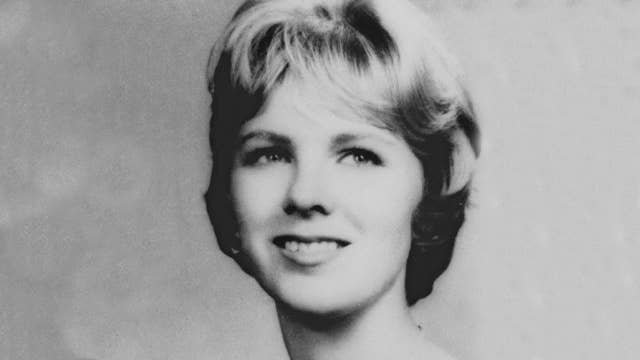 A year after RFK’s death, the Boiler Room Girls were celebrated for their hard work in a party on Chappaquiddick. Ted Kennedy was known for spending time with the Boiler Room Girls after his brother’s passing, but claimed in later interviews that he barely knew Kopechne and denied having an affair with her. In fact, in an interview from 1991, Kopechne’s cousin, Georgetta Potoski revealed that Kopechne didn’t have as close of a bond with Ted Kennedy as with his brother. The reasons why it was Ted who ended up offering Kopechne a ride in his car —and why she left behind her purse at the party — remain a mystery.

Over the years, much of Kopechne’s life story has been distorted to create salacious stories, diminishing her to a young mistress who was enamored by the Kennedys, only to lose her life to one of the family's famous siblings. If you'd like to learn more about Kopechne's life, check out the book Our Mary Jo, written by Potoski. Now that her death is being brought to the forefront with the book and Chappaquiddick, it’s time to recognize Kopechne for who she really was: a hardworking, ambitious young woman with big dreams within the world of politics.