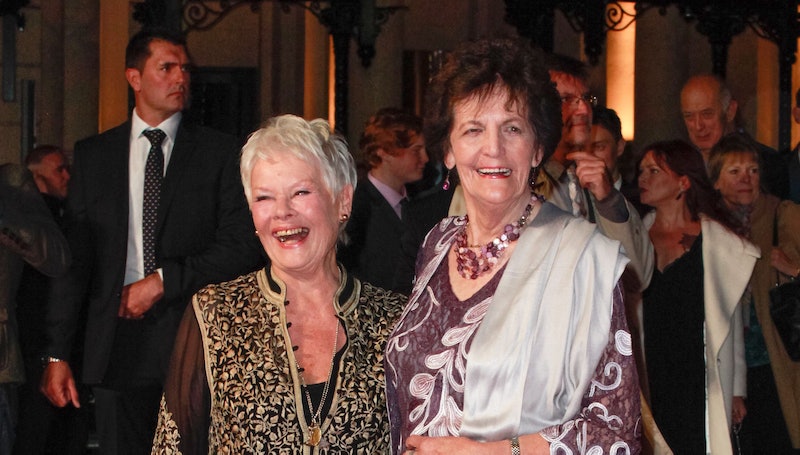 The Oscar-nominated film Philomena airs on the BBC tonight, starring Judi Dench as Philomena Lee, an Irish woman who maintained a 50-year search for her forcibly adopted son. The film tells Lee's true story, as reported by journalist Martin Sixsmith in his book The Lost Child of Philomena Lee. Five years after the film's initial 2013 release, what is the real Philomena Lee doing now?

As Sixsmith wrote in the Guardian, Lee was 18 when she became pregnant with her son; she was subsequently confined to the Sean Ross Abbey in Roscrea, County Tipperary, where she gave birth to Anthony on July 5, 1952. Three years later, the convent arranged for his adoption against her will. She returned multiple times to seek information about her son, but was refused by the convent's nuns.

After keeping the loss of her son secret for over 50 years, Lee eventually told her daughter, Jane Libberton, in 2004, who went on to contact Sixsmith. Ultimately, Sixsmith and Lee discovered that her son was adopted by an American couple and renamed Michael Hess. A lawyer in the Republican party, Hess tried many times to find his birth mother, but was similarly denied information by the Roscrea nuns. In 1995, he died at age 43 of AIDS-related complications, without ever unearthing his mother's identity.

In the 2013 film based on Sixsmith's book, Lee is portrayed by Judi Dench, while Steve Coogan plays Sixsmith (he also co-wrote the screenplay alongside Jeff Pope). The film accrued four Oscar nominations, including best picture and best actress for Dench, as well as a BAFTA award for best adapted screenplay and multiple Golden Globes nods.

After the film's release, Lee emerged as an adoption rights activist. As Variety reports, she launched the Philomena Project with her daughter and the Adoption Rights Alliance in early 2014, and went on to meet with multiple U.S. officials in the hope of reuniting forcibly adopted Irish children with their birth parents.

"In recent weeks and months, we’ve received an outpouring of support from across the globe, and now we’re harnessing that support to create positive change for families in Ireland and the United States," Lee said at the time of the project's launch. "I’m proud and honoured to be a part of this, because it is my hope that every mother and child who want to be reunited are able to come together once again."

According to its website, the Philomena Project calls for the Irish government to release secret adoption files relating to Irish children. It also serves as a fund for Adoption Rights Alliance, a campaign which aims to "ensure that the Irish government enshrines the rights of the adopted child and Ireland's 50,000 adult adopted people in legislation." The Adoption Rights Alliance campaigns for changes to the law including automatic access to birth certificates and adoption files for adopted people and their birth parents, as well as an inquiry into illegal adoptions.

In February 2014, Lee and Coogan met with Pope Francis at the Vatican as part of their campaign. Lee said after the meeting, as the BBC reports, "I am honoured and delighted to have been in the presence of Pope Francis today. As the film portrays, I have always put great faith in the Church and the goodwill to put the wrongs of the past right."

She added, "I hope and believe that his Holiness Pope Francis joins me in the fight to help the thousands of mothers and children who need closure on their own stories."

Lee hasn't appeared in the press in recent years, while the latest news on the Philomena Project website indicates that she attended two yearly commemorative services at the Sean Ross Abbey and the similar Bessborough House in 2016. Unfamiliar with her story, or just a keen fan of the film? Philomena will air at 9 p.m. tonight, on BBC Two.