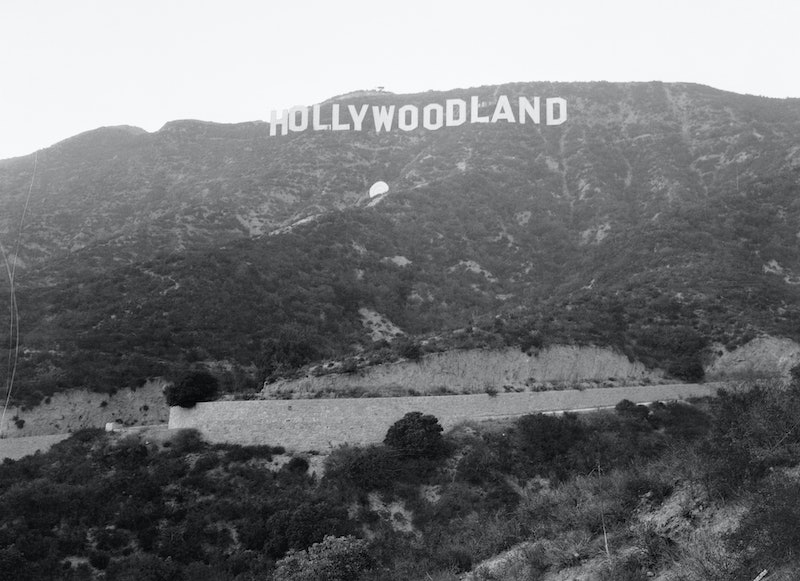 In Netflix's new series Hollywood, Peg Entwistle's untimely death is the premise of the hottest new script in town: Peg. Written by Jeremy Pope's character Archie, the movie is about a beautiful young actress who was chewed up and spat out by the film industry. After being cut from her first major film and losing her studio contract, she climbed up to the "H" of the Hollywood sign and jumped. It sounds like the stuff of Hollywood lore, but Peg Entwistle was a real person and her story is a little more complicated than that.

As Karina Longworth reports in her podcast You Must Remember This, Entwistle was born in Wales in 1908. She immigrated to New York with her father and stepmother, then went to live with her aunt and uncle in Ohio following her parents' sudden deaths. She always dreamed of becoming a Broadway star, and after a few years, the family moved to Los Angeles. But Peg was resolute in her ambitions and returned to New York to act.

She had success in the 1920s and '30s, even inspiring a young Bette Davis to pursue acting after she saw Entwistle in a stage production of Henrik Ibsen's The Wild Duck, Longworth notes. Entwistle's plays were well reviewed and she was getting a lot of buzz as an up-and-coming star. Then things took a turn.

At 19, she married Robert Keith, a fellow actor who turned out to be a violent drunk. She was divorced two years later and the New York theatre scene had basically blacklisted her following the drama of her marriage and her now ex-husband’s constant money problems (she had to bail him out when he failed to pay his alimony and got arrested for drunk driving, according to Peg Entwistle and the Hollywood Sign Suicide: A Biography). Eventually, she decided to move back to Los Angeles to be with her family.

Entwistle still dreamed of a career on the stage, but when she started getting auditions in the film industry, she seized the opportunity. Her big break was supposed to be in David O. Selznick's Thirteen Women, a thriller about murder and the supernatural with a hint of lesbian romance. This romance, between Entwistle's character and another woman, was actually what caused most of her scenes to end up on the cutting room floor. It had very little with her acting and much more to do with the strict censorship codes of the time; she ended up with about four minutes of screen time total. Unfortunately, Entwistle had broken a theatrical contract to be in the movie, and she was again made out to be an unreliable pariah in the theatre world. Then her studio contract at RKO Pictures was dropped. She had no prospects.

On the night of September 16, 1932, a 24-year-old Entwistle left her family's home in Beachwood Canyon and made her ascent to the Hollywood sign. Her body was found a few days later by a passing hiker, and the press immediately spun her story as that of a failed actress broken down by the film industry. Entwistle's death turned the Hollywood sign (then the Hollywoodland sign) from a real estate advertisement into an icon. Many still believe it is haunted by the young actress.

But Hollywood rewrites Entwistle's story — or rather, Peg's retelling of it. The movie title is changed to Meg and casts an unexpected lead: director Raymond's girlfriend Camille, making her the first black woman to star in a major motion picture. The film keeps the same themes, but alters the ending: instead of glamorizing Entwistle's death, it imagines that she lived.

More like this
Here’s Everything Coming To & Leaving Netflix In February
By Jake Viswanath
'That '90s Show' Is Officially Coming Back For Season 2
By Gretchen Smail and Grace Wehniainen
The 'Freeridge' Cast Shared Their Hopes For A Potential Season 2
By Grace Wehniainen
You Might Want To Rewatch This Key 'On My Block' Scene To Understand 'Freeridge'
By Grace Wehniainen
Get Even More From Bustle — Sign Up For The Newsletter
From hair trends to relationship advice, our daily newsletter has everything you need to sound like a person who’s on TikTok, even if you aren’t.