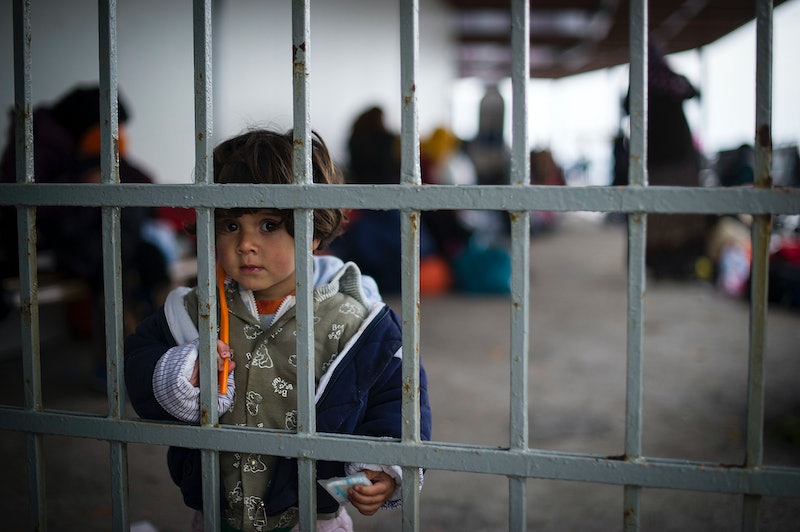 On Monday, just ahead of World Refugee Day, the UN Refugee Agency released its annual Global Trends report which stated that by the end of 2016, 65.6 million people around the world had been forcibly displaced from their homes. That marks the highest number since the end of World War II, and the figure has human rights activists asking why, despite more attention and outcry, the refuge crisis has only gotten worse in the past year?

It's no surprise to anyone who pays a cursory amount of attention to the news that the world is still in the throes of a massive refugee crisis. This crisis stems from ongoing conflict, such as the Syrian Civil War, as well as new or renewed conflicts, like the breakdown of peace agreements in South Sudan.

2016 saw an increase of 300,000 forcibly displaced people over the previous year, though the rate of growth for displacement did slow. However, on average 20 people were driven from their homes every minute last year, or one every three seconds, which, the report notes, is less than the time it takes to read this sentence.

But the large numbers of unsettled refugees is not just because of the obvious conflicts. The worsening is partially due to diminishing aid from wealthy Western nations. While aiding refugees has historically been a bipartisan issues, Melanie Nezer, senior vice president of public affairs at HIAS (formerly the Hebrew Immigrant Aid Society) says, a negative political rhetoric has been tied to the issue recently, and what should be an easy moral decision has been intertwined with security and economic concerns.

"This is not just a refugee crisis, it's a response crisis," Nezer tells Bustle. "We are falling far short. Instead of finding solutions for refugees and making sure they are safe, that they can get to work, they can get their kids in school, there’s far too much rhetoric that implicates them in crime and terrorism, which is not fair and not helpful.”

While about two-thirds of the total refugee population remained in their home countries, 22.5 million people sought safety across international borders. The countries with the largest number of displaced people were Syria, Colombia, Afghanistan, Iraq and South Sudan. While much of the focus of U.S. media coverage is on how our country and other Western nations deal with refugee migration, an extremely small percentage of refugees permanently settle there. Rather, many refugees don't leave their country of asylum, where they first go when they flee, such as Lebanon, Jordan and Kenya.

"This is not a rich country’s problem," UNHCR Senior Public Information Officer Chris Boian tells Bustle. "85 percent of the refugees in the world are hosted by lower or middle income counties who cant necessarily afford to do what they're doing, and yet they are doing it."

Boian says that the international community needs to support these poorer nations taking in the bulk of refugees in building their infrastructures and economies. Last year, the World Bank's Global Concessional Financing Facility made $300 million in loans and credit available to Jordan at favorable interest rates, so it could strengthen its economy, attract investors and improve its labor market. It also provided separate funds for health service and infrastructure projects in Jordan and Lebanon. The European Union also relaxed trade regulations with Jordan, offering export tax incentives to companies who employed refugees.

No matter how overwhelming the problem may seem, experts say that the best way for people here to help stem the refugee crisis is to get educated on the topic and bring awareness through conversation with others.

"It's easy to present it with these huge numbers and abstract ideas and think well, it's far away from me," Boain says. "But the reality is, when you look closely at these situations, you will discover that every single one of these people is a human being, just like you and me, with dreams, with ambitions for his or her life and what they want to do with it, who has now been deprived of that really basic, innate opportunity to live a life in safety and dignity."