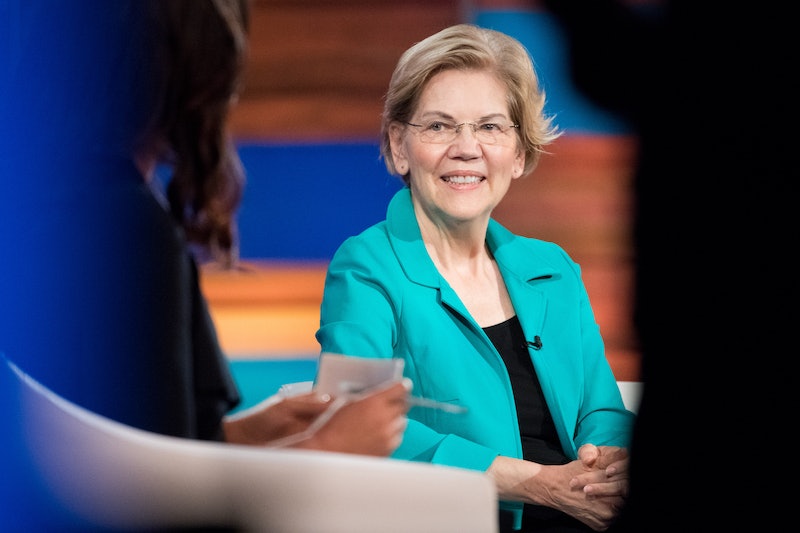 Prior to the repeal of the Defense of Marriage Act in 2013, married same-sex couples in the United States were legally barred from receiving the same tax treatment as straight couples, including joint tax refunds. To make amends, according to NBC News, the Refund Equality Act would allow certain same-sex married couples to apply for previously denied tax refunds from the Internal Revenue Service (IRS).

"The federal government forced legally married same-sex couples in Massachusetts to file as individuals and pay more in taxes for almost a decade," Elizabeth Warren declared in a statement after reintroducing the legislation on Thursday. "We need to call out that discrimination and to make it right — Congress should pass the Refund Equality Act immediately."

According to a Tuesday report released by the Joint Committee on Taxation, couples who were in same-sex marriages before the repeal of the Defense of Marriage Act in 2013 could potentially get up to $57 million in tax refunds. As mentioned before, the Defense of Marriage Act outlawed giving the same federal benefits to same-sex married couples, CNN reported. Such benefits included key federal protections like the legal recognition of a union, the ability to enjoy a spouse's employment benefits, joint tax returns and exemptions, and more.

Originally, Warren sponsored the Refund Equality Act in 2017. The official text for the legislation simply advocated for amending an IRS code for same-sex couples who got married before the Defense of Marriage Act was repealed.

Technically, when any couple gets married in America, they have three years before they can file their taxes as a joint unit, according to the IRS. Under the Refund Equality Act, certain same-sex couples would be exempted from the IRS' three-year time limit on jointly filing taxes.

By taking away the time limitation for such couples, the legislation would allow some same-sex couples to file for federal income tax adjustments dating back to the year of their marriage. In doing so, the couple can claim tax refunds for overpayments that they were eligible for but were denied under the Defense of Marriage Act.

For years now, Warren has been explicitly clear about protecting LGBTQ rights in the country. In 2011, she slammed the Defense of Marriage Act, calling it a "two-tiered system" that created inequality in America, ThinkProgress reported.

"Our federal government should not be in the business of selecting which married couples it supports and which it treats with contempt," Warren asserted that year. "States define marriage among couples, and, once married, all those couples and their families should have the same protections, the same benefits, and the same tax treatments."

In a more recent case, Warren directly spoke with NewNowNext, an LGBTQ news website, about her support for LGBTQ equality. According to the website, Warren said that if she was elected to the Oval Office in the 2020 presidential election, she would "fight tooth and nail … to ban discrimination against LGBTQ individuals in employment, housing, and healthcare." It looks like the Refund Equality Act is just one part of Warren's mission.