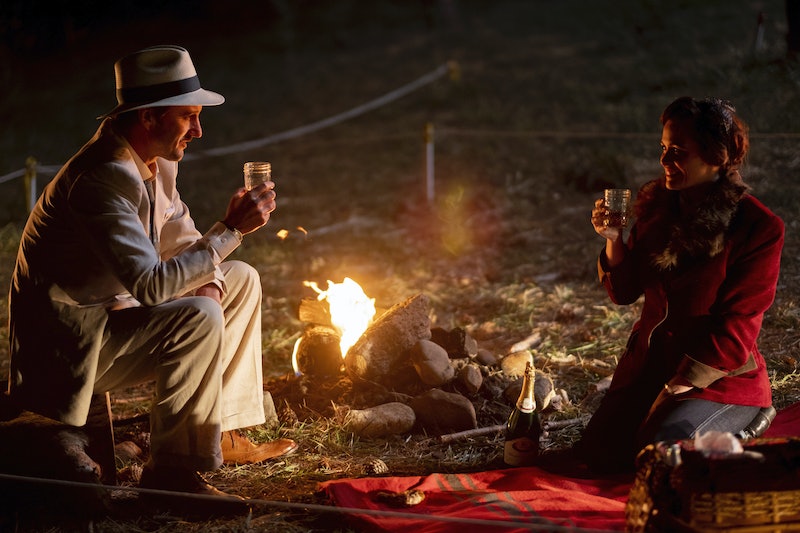 Room 104's episodes always go in unexpected directions, but there's one thing fans can always count on. Well, two technically: that the story will take place in the same hotel room, and that it will feature a strong, wide-ranging cast. Sometimes that means major A-listers, and other times that means promising up-and-comers. The Room 104 Season 3 cast features a mix of both, but knowing the show, they'll all be good.

Not much is known about this season of Room 104, but according to Deadline, some of the stories and characters include "a man searching for a cure to his chronic skin condition, the caretaker of an exotic animal looking to make a sale, [and] estranged siblings reuniting to make an investment," among others. Based on the trailer, there will also be some trippy visuals and a battle between the forces of hell, but perhaps most importantly, it seems like we'll find out the origins of the hotel itself.

As for the actors you can expect to see, there are a couple of A-listers, some comedy icons, and a number of other familiar faces. The full cast would be too long to list in its entirety, but here are some of the most recognizable people who will be checking into Room 104 this season.

Luke Wilson is the season's biggest get, and he seems to be playing an appropriately important role: his episode seems to be an origin story for the whole hotel.

Mandvi was a frequent presence on The Daily Show from 2008 to 2015, but Room 104 will allow him to showcase his more dramatic chops.

June Squibb has been working in Hollywood for over half a century, but didn't receive her first major acting nomination until 2013, when she was up for an Oscar for her role as Kate Grant in Nebraska. In Room 104, she plays an angel.

Catalina Sandino Moreno is best known for her first major film role in Maria Full Of Grace, but the actress has maintained a long and healthy career since then. She most recently starred on Showtime's The Affair.

Most recognizable as Veep's Richard Splett, the heart of gold on the otherwise pitch-black series, Sam Richardson brings a much louder, angrier energy to his role in Room 104 if the season's trailers are to be believed.

You may not know Fred Melemed by name, but chances are you've seen this character actor before: he has more than 100 credits to his name. On Room 104, he plays the mysterious role of "Narrator."

Fresh off of the success of his Comedy Central sketch show Alternatino, the comedian and Broad City alum visits Room 104 for what looks like an especially trippy episode.

Dale Dickey is best known for playing characters who are rough around the edges, perhaps most notably in the film Winter's Bone, in which she portrayed a cruel drug dealer. Her role in Room 104 seems a bit more tame, which could make for a nice, non-violent change of pace.

Room 104 is an experimental show, so it's no wonder they've recruited one of the world's premiere experimental musicians. Julianna Barwick's ethereal and haunting compositions would fit right at home within the world of Room 104, so it will be interesting to see what's in store for her first-ever acting role.

Room 104 has always benefitted from out-of-the-box casting, and Season 3 is no different. See them in action when the show returns Sept. 13.