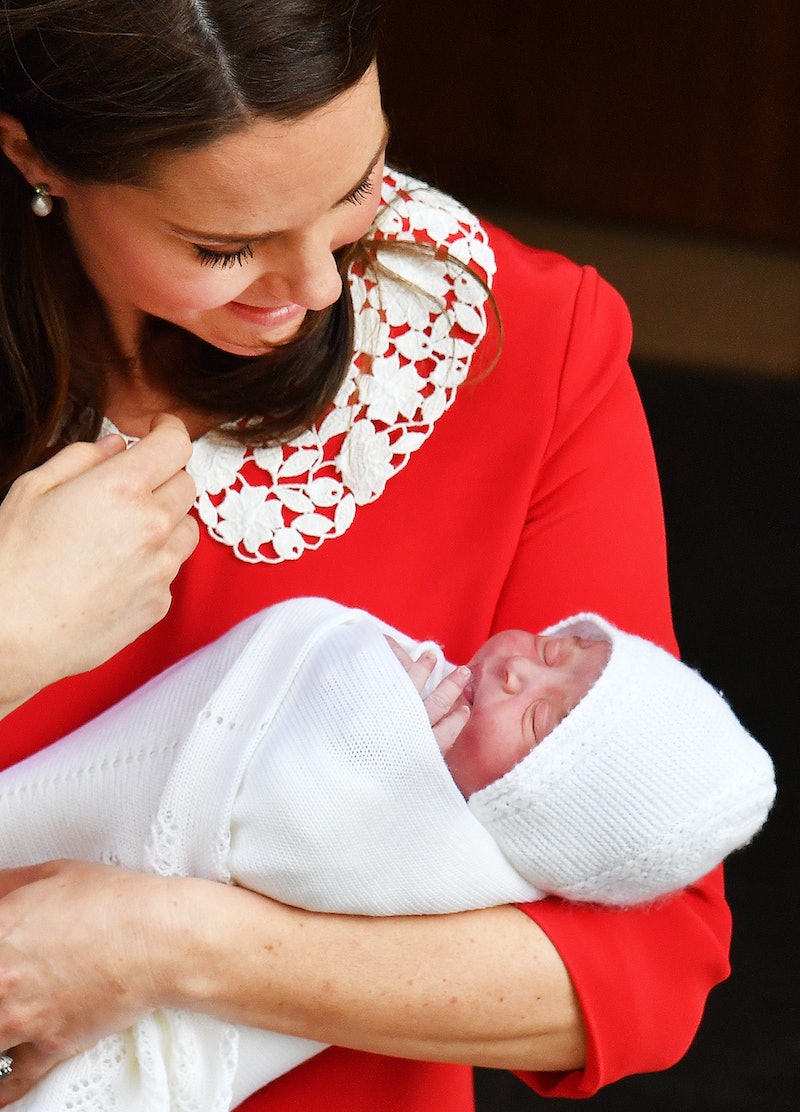 The newest addition to the royal family, Prince Louis Arthur Charles, was born during Taurus season, a time that highlights persistence and perseverance. Overall, the royal baby's birth chart reveals he was born to be a leader. "At first glance, the new addition to the royal family has the right credentials to fit in and join one of the most famous families in the world," astrologer and author Sally Kirkman revealed to Yahoo Style UK. Prince Louis's sun sign Taurus coupled with his moon in Leo means this brand-new-baby prince will be firmly grounded while also exhibiting plenty of star quality.

"As the moon was next to the karmic north node in Leo on the day of his birth, he’s likely to feel a strong pull of destiny and will need to find his stage to perform on," Kirkman explained. What's more, the royal baby was also born with the influential planets of Mars, Saturn, and Pluto in Capricorn. This combination sets Prince Louis up for success. If you're not in the know, Capricorn is the sign that is most driven to succeed, and those with Capricorn influences in their birth chart almost always achieve whatever they set their minds to. While this is a lot of pressure for a royal baby who is only days old, the little prince's birth chart means he'll likely rise to the occasion with ease and grace.

With so many earthy influences in his chart, you could draw the conclusion that Prince Louis might grow up to be stubborn and resistant to change. However, The Cut reported that the presence of Mercury and Uranus in Aries will offset the bull's stubborn nature. "Mercury, planet of communication and curiosity, and Uranus, planet of progress, innovation, and the future, are both in courageous Aries," Claire Comstock-Gay explained on The Cut. "With this bright-hot Aries power, maybe this baby won’t be afraid of change. Maybe this baby won’t be afraid of anything."

Aries-born people, like actor, singer, and songwriter Lady Gaga, and people with Aries influences in their birth charts, tend to be trendsetters and natural-born leaders. Once they set their minds on something, virtually nothing can stop them. This, coupled with Prince Louis's Capricorn and Leo influences, means that the royal baby could set his own agenda, convince everyone to join him, and implement his ideas without too much outside resistance. Basically, the royal baby could grow up to be the kind of person everyone wants to be around all of the time because he was born under a trifecta of magical pixie dust.

Additionally, because Prince Louis's sun sign is also a fixed sign, he'll bring a stable energy to all of his endeavors. "Fixed signs can take the enthusiastic ideas that cardinal signs spark, and craft them into something real." the website Astro Style explained. "They pick up the ball when the cardinal sign passes it, and run the distance to the goal. Fixed signs are the trustworthy types who like 'to-do' lists and fancy titles." He's already for that fancy-title thing down.

Prince William, Kate Middleton, Princess Charlotte, and Prince George all have strong Cancer influences in their sun and moon signs. And, because Cancer is a cardinal sign that embodies leadership and originality, Prince Louis will be able to collaborate with his parents and siblings, string together all of their ideas, and make them a reality like the missing key necessary to unlock a box full of magic. I think it's safe to say that the birth charts of the royal family truly make this dream team an unstoppable force of nature that is destined to change the world in one way or another.

"On the surface, he’s going to fit in perfectly with his family," Kirkman predicted of the new prince. "His personal destiny, however, may see him treading a more unusual path." The royal family couldn't be more compatible if they planned it that way. And, who knows. Perhaps there is an astrologer on staff consulting the stars before the royal couple decides to expand their family. Anything is possible.