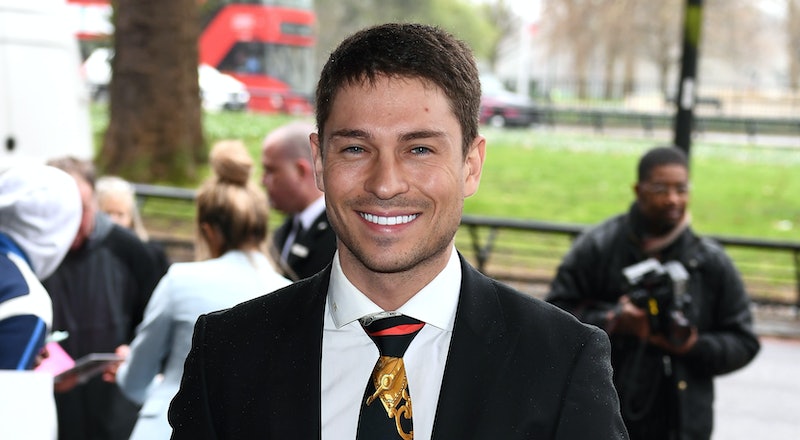 Reality TV fans listen up. I know this is a dark time in the TV calendar. Love Island only ended just recently and I've had a gap in my viewing schedule ever since. Even though it feels like it's been months and months —y'all it's only been a minute. Luckily, however it's 2019 and a HUGE reality TV spin-off is in the works. If the rumoured cast of Celebrity Ex On The Beach 2019 is anything to go by, your evenings are about to get a whole lot racier.

Yes, yes, YES, to the drama, lust, sunshine, and of course cracking on. As the Royal Television Society reported earlier this year, MTV has commissioned a special celebrity version of its hit reality series Ex On The Beach and rumours about it are already swirling. In past years, the normal series has been filmed in beautiful holiday hotspots like Thailand, Greece, Bali, and of course Marbs (Marbella to those of you unfamiliar with TOWIE lingo). This time round The Sun reports that they're filming it in the U.S. although they've not revealed exactly where.

So who are the celebrities rumoured to be going across the pond for all of that delicious drama? What's the collective noun for a load of British reality stars? A tangle. Let's say a tangle of reality stars. And these ones have all been entangled, romantically that is. I have reached out to a representative of MTV for comment on the rumoured cast and will update you as soon as I hear back.

However, the rumoured Celebrity Ex On The Beach cast includes all sorts of stars who you will have absolutely gotten to know on some of your other fave reality shows. According to The Sun, Calum Best, son of the famous footballer George Best, will be making an appearance. Calum is a reality TV stalwart and, if he appears, will likely be causing a lot of drama on the show.

The publication reports that Joey Essex of TOWIE fame will also be appearing, alongside his former co-star Lewis Bloor.

Love Island's Ellie Brown, Georgia Steel, Sam Bird, and Niall Aslam are all rumoured to be repeating their constant bikini/trunks wearing experience on the show. Here's hoping Aslam has a more positive experience this time round as he famously quit Love Island owing to being overwhelmed by the whole experience. Steel will hopefully be able to retain her loyal reputation, and find love again after being conned by her ex, as reported by The Sun.

Hench AF Gladiators star David McIntosh will also reportedly be flexing his muscles for the ladies and no doubt driving them wild.

US reality star Marissa Jade is rumoured to also be heading to the beach. So things could well be a bit fraught between her and ex bae Calum.

Lateysha Grace who is known best for starring in MTV show The Valleys will reportedly also be hoping to mend broken hearts on the 11th season of the hit show.

Yikes if the rumours turn out to be true, there could well be some high octane drama. And who knows, maybe there will be some make ups, break ups, or even wedding bells. Fingers crossed, guys.