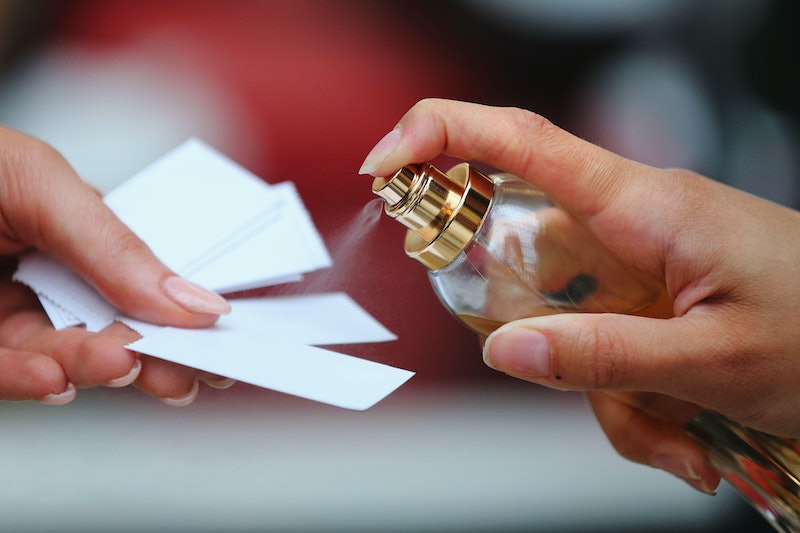 Are you a perfume lover, or would you rather go on vacation with President Trump than investigate the fragrance aisle? Even if you regard perfume and all scented products as bizarre flowery gifts of the devil, March 21 — National Fragrance Day — is a chance to look at the ways in which fragrances of all kinds, natural and not, play into our brains, our memories, our behavior, and our emotional health. It turns out that scents have a strong role in our lives and the ways in which we interpret the world from a very young age, and that you're not a weirdo for always associating the rubber scent of bowling ball cleaner with a sensation of intense happiness.

Scent has been a part of human civilization for thousands of years. Researchers in 2009 attempted to recreate a scent from ancient Egypt using analysis of the remains of a perfume bottle, while Roman writer Pliny the Elder famously raged against perfumes as "the most superfluous of all forms of luxury; for pearls and jewels do nevertheless pass to the wearer’s heir, and clothes last for some time, but ingredients lose their scent at once, and die in the very hour when they are used." And wealthy Renaissance Europeans carried around balls of scent, pomanders, stuffed with resins, musk and ambergris, to hold next to their faces in noxious situations and perfume their clothes.

Scent is, however, more than just about perfumes. It imbues how we view food, how we understand memory, how we learn about poisonous or dangerous substances, and illuminates the ways in which sensory information is processed in the brain. Spritz on your favourite aroma and let's get into the science of scent.

More like this
The 5 Best Sand Flea Repellents For Bite-Free Living
By Elizabeth Enochs
The 12 Best Air Fresheners For Bathroom Smells
By Amber Petty
The 10 Best Doormats For Cleaning Shoes
By Ileana Morales Valentine
The 9 Best Exercises For Inner Thighs, According To Trainers
By Carolyn Steber
Get Even More From Bustle — Sign Up For The Newsletter