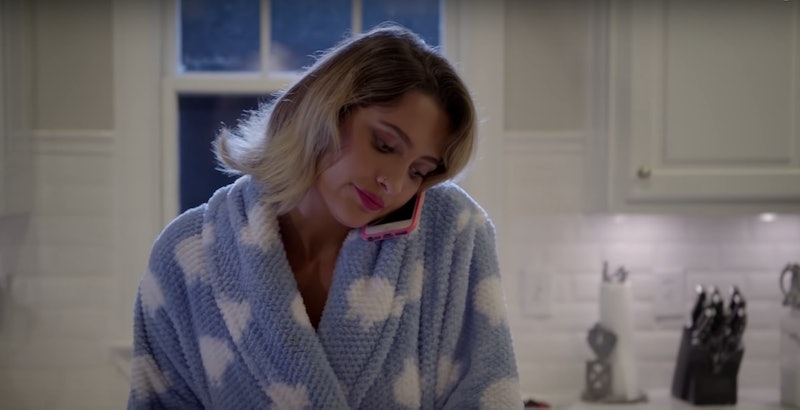 Spoilers ahead for Scream: Resurrection. The Scream movies and TV series has a dedicated fan base. So when VH1 announced that it was making Scream: Resurrection, it was only a matter of time before people started asking some serious questions about the cast, plot, and of course, how it connects to the original films. Even so, the Easter Eggs in VH1's Scream: Resurrection are few and far between, but the references to the original films that are present show the ways in which this version of Scream differs from the original. Although it does take place in the same universe, which make it all the more fun to try and spot some sneaky connections.

Scream: Resurrection isn't the first time that the franchise went light on Easter Eggs in the television reboot. The two seasons-long MTV series Scream didn't spend too much time retreading ground covered in the original films, instead opting to mark its own path while staying true to the spirit of the original.

Resurrection is a little more explicit about its connection to the original series, but features an entirely new cast of characters and an entirely new killer hiding behind a very familiar mask. The Easter Eggs of Scream: Resurrection are limited, but that makes them that much more fun to spot. Here's an episode by episode breakdown.