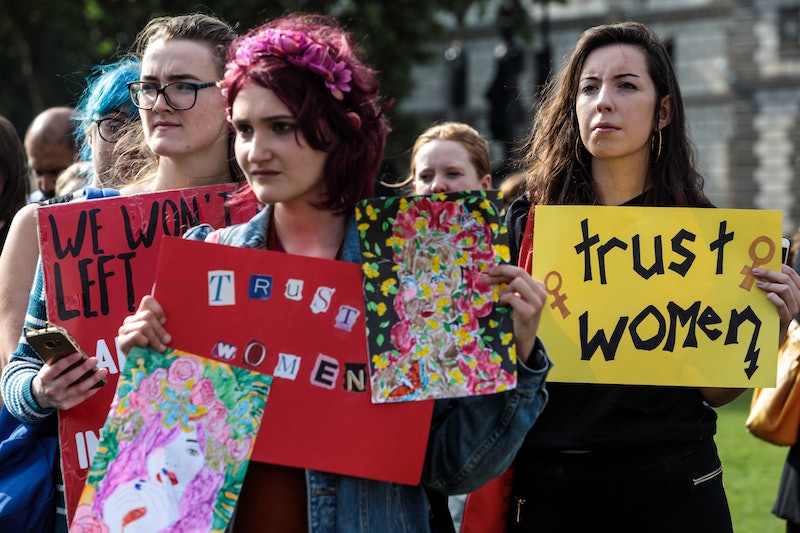 During a procedural vote on Monday, the Senate blocked a bill for so-called "abortion survivors," which many reproductive rights advocates have criticized as having no scientific basis. The "Born-Alive Abortion Survivors Protection Act" was introduced by Republican Nebraska Sen. Ben Sasse in January, and needed 60 votes to advance. The vote was 53 votes in favor compared to 44 votes against, according to The Washington Post.

So what is this bill? "The Born-Alive Abortion Survivors Protection Act requires doctors to provide the same care for a baby born alive after a failed attempt at abortion as they would for any child of the same gestational age," according to Vox's Anna North. According to the bill, if the doctor failed to do so, they would be subject to a fine and/or imprisonment for no more than five years. (You can read the text of Sasse's legislation here, via Congress.gov.)

However, critics say that the bill would only serve to make it harder for people to access abortions, and dissuade doctors from providing them. Dr. Kristyn Brandi, a Physicians for Reproductive Health board member, told Vox that there already are laws protecting babies if they are born after an abortion attempt, which is already extremely unlikely. The legislation, she told the website, "vilifies providers and patients to push a false narrative about abortion later in pregnancy."

When Sasse took to the Senate floor on Monday, he asked his colleagues if they believed in protecting babies. "I want to ask each and every one of my colleagues whether or not we’re okay with infanticide," Sasse said from the Senate floor, according to The Washington Post. "It is too blunt for many people in this body, but frankly, that is what we're talking about here today. . . . Are we a country that protects babies that are alive, born outside the womb after having survived a botched abortion?"

The Washington Post reported that Republicans were unable gather enough support to advance the bill, even though three Democratic senators voted in favor of the legislation: Sens. Robert Casey of Pennsylvania, Joe Manchin of West Virginia, and Doug Jones of Alabama. (All Democratic presidential hopefuls voted no, according to The Washington Post.)

Critics of the failed legislation have been blunt in their assessment: It's an anti-choice legislation. "We must call out today's vote for what it is: a direct attack on women's health and rights. This legislation is based on lies and a misinformation campaign, aimed at shaming women and criminalizing doctors for a practice that doesn't exist in medicine or reality," Planned Parenthood President Dr. Leana Wen said in a statement on Monday.

Washington Sen. Patty Murray tweeted on Monday night that she was happy to see legislation fail. "This bill would have hurt women and families—plain and simple. I'm against it in the strongest terms," Murray said. "I'm glad we rejected it, and everybody who cares about women, families, doctors, and upholding the Constitution should be too. "

Sasse had introduced a similar piece of legislation in 2017, but it also failed to advance in the Senate.