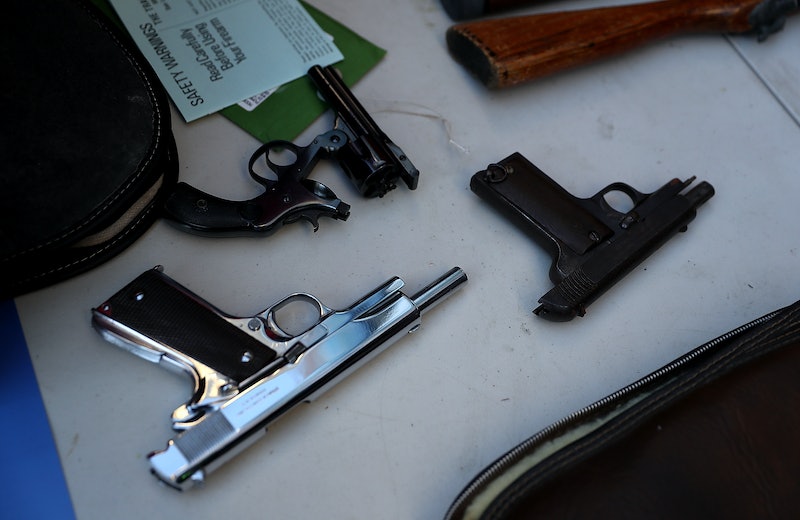 After eight years of staunch, enduring opposition to virtually any and every gun control or safety proposal backed by former president Barack Obama, the Republican-led Senate now seems to be rolling back already-existing protections. And the first such example in their queue casts one of their longstanding responses to mass shootings and smaller acts of gun violence alike in a very dim light ― namely, Senate Republicans made gun buying easier for the mentally impaired, and assuming President Trump signs off on it, the result of their vote will become law.

Here's the basic idea: one Obama-era gun regulation that did get through late in his second term blocked gun sales to Social Security recipients who suffered from mental illness or impairment that required somebody else to manage their finances. It was a move aimed at reducing the number of guns in the hands of potentially unstable individuals, and it's not hard to see why that would be a policy goal ― the number of mass shootings committed by mentally unstable individuals throughout Obama's eight years in office was harrowingly high.

However, the rule has its fair share of critics, accusing it both of stigmatizing mental illness and stripping a constitutional right without due process. It's also an inescapable reality that regardless of the nature of the restriction, ardently pro-gun Republicans are likely to do whatever they can to slash such rules, owing both to absolutist principles, and to the considerable lobbying influence of the National Rifle Association.

It's notable that the Republican Party is the one taking up the cause of allowing these sales to go through, if only because of one of their most familiar talking points when a mass shooting takes place. Specifically, the notion that rather than consider even modest gun control proposals, the focus should be on "mental health." This move would seem to indicate that restricting gun access on the grounds of mental instability or impairment is not a part of their thinking on those grounds.

Rather, it seems to suggest that the GOP's answer for preventing such shootings is to treat and mitigate the mental illness of the shooter before they happen. This is a humane and worthwhile idea, but an idea that also requires serious policy-making; a mature, empathetic, and non-stigmatizing attitude towards mental illness; and a whole lot of public money. It remains to be seen whether there's another bill incoming to overhaul, simplify, and inject massive funding into America's mental health care system. Also, obviously, it does nothing to address the huge number of gun deaths that aren't easily attributed to mental illness.

The Senate voted by a margin of 57-43 to undo the rule, with a number of Democrats (and one independent) voting with the Republicans: Joe Manchin of West Virginia, Joe Donnelly of Indiana, Jon Tester of Montana, Heidi Heitkamp of North Dakota, and Angus King of Maine. Provided that President Trump signs the repeal measure, which he is expected to do, this particular blockade on gun sales will be lifted.