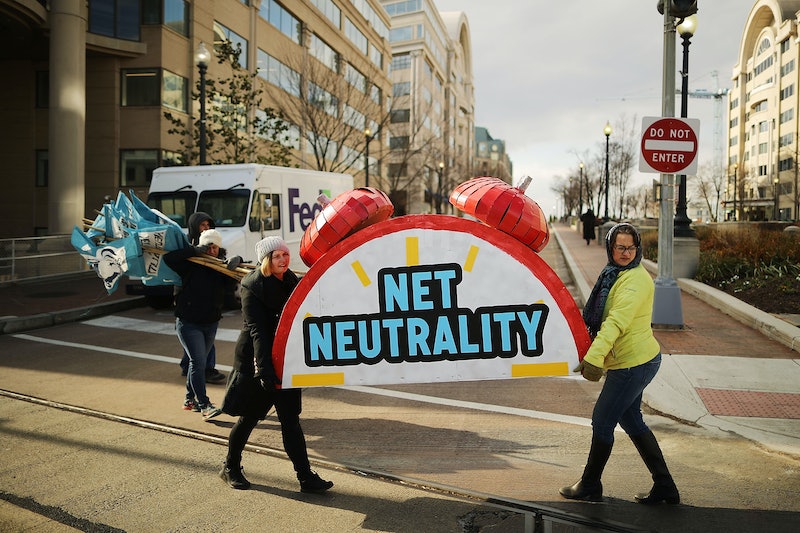 After Democrats forced a vote on Wednesday afternoon, the United States Senate voted to protect net neutrality regulations. The news arrives shortly after the chairman of the Republican-controlled Federal Communications Commission, Ajit Pai, confirmed that the repeal of net neutrality regulations would take effect on June 11. For months, Pai has carried out an aggressive and lengthy battle against net neutrality provisions — which were first mandated under the former president Barack Obama's administration in 2015.

To make themselves heard in favor of net neutrality, Senate Democrats used a discharge petition under the Congressional Review Act. This legal maneuver allows senators to use a bare majority and no filibusters to thwart a bill. By using the discharge petition, senators can force a bill out of a committee and bring it on the Senate floor for assessment. Instead of needing the conventional 60 votes to crush a bill, the Congressional Review Act allows senators have only 51 votes to successfully oppose legislation.

In Wednesday's case, there were already 49 Democrat senators backing the force vote along with one Republican, Sen. Susan Collins from Maine. Later on, after hearing arguments for and against net neutrality regulations, two other Republicans — Louisiana's Sen. John Kennedy and Alaska's Sen. Lisa Murkowski — joined the Democrats.

On Wednesday, according to a C-SPAN live broadcast of the Senate vote, Republicans in favor of repealing net neutrality attempted to persuade their fellow senators in opposing Democrats' resolution. For instance, Senate Majority Leader Mitch McConnell said that the force vote "takes us in the wrong direction" while Mississippi Sen. Roger Wicker called on his peers to support South Dakota Sen. John Thune's internet legislation, which critics say may not ensure a free and equal internet.

Unbothered by opposition, Democrats pushed against Republican talking points, including Oregon Sen. Ron Wyden spoke of how repealing net neutrality would hurt consumers online. "There is no vote that this body is going to take in 2018 that will have a more direct impact on the wallets of Americans than the one is going to happen in a few hours," Wyden said.

Senate Democrats have been calling on their colleagues to support net neutrality protections for some time now. On Monday, Senate Minority Leader Chuck Schumer released a statement on net neutrality and said, "The internet should be kept free and open like our highways, accessible and affordable to every American, regardless of ability to pay."

The Democrat's statement went on to say, "The repeal of net neutrality is not only a blow to the average consumer, but it is a blow to public schools, rural Americans, communities of color and small businesses. A vote against this resolution will be a vote to protect large corporations and special interests, leaving the American public to pay the price."

Opponents of net neutrality argue that the provisions hold the internet back from flourishing by blocking competition between and investments in service providers. But advocates of net neutrality say that its provisions help to keep internet data — like videos, photos, text, and more — free and equal by prohibiting powerful internet service providers from slapping price tags on access.

In simple words, net neutrality supporters say that an internet regulated by such rules is an internet meant for everyone — regardless of their financial power. So, your economic status shouldn't affect how you access data online.

While Democrats' success on Wednesday may be a source of relief for those who support net neutrality, it's hard to say whether they will achieve the same resounding support in the Republican-majority House. In the hypothetical scenario that Democrats do win support in the House, they will then need to face Donald Trump whose approval is key for their motion to pass. In other words, Democrats need to gear up for a tough ride ahead.