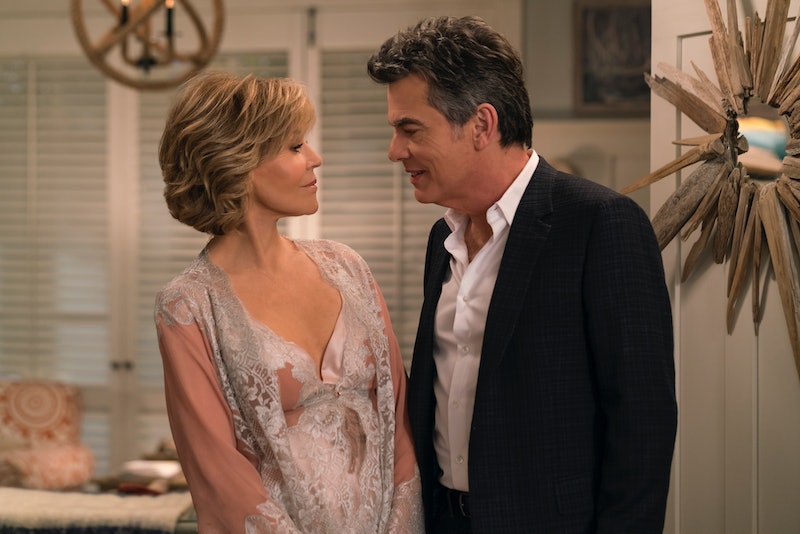 For those of you who — faced with an unrelentingly grim news cycle — have been feeling a less than optimistic about our collective future, know that there's at least one good thing ahead: Your senior sex life. According to the University of Michigan's 2018 National Poll on Healthy Aging, a healthy proportion of people over 65 are still getting it on. Which, at least statistically speaking, is more than can be said for the millennials among us.

A nationally representative sample of 1,002 people aged 65 to 80 participated in the poll, and 40 percent of them identified as sexually active. What's more, 73 percent reported satisfaction with that activity, and 76 percent agreed with the statement that "sex is an important part of a relationship at any age." Here, here.

"Sexual health among older adults doesn’t get much attention but is linked closely to quality of life, health and well-being," Erica Solway, Ph.D., co-associate director of the poll, said in a statement. "It’s important for older adults and the clinicians who care for them to talk about these issues and about how age-related changes in physical health, relationships, lifestyles and responsibilities such as caregiving, affect them."

Solway isn't wrong. Outside the rare televised example of sex lives after 60 — Netflix's Grace and Frankie, or a film like It's Complicated, in which an older-but-not-elderly woman (Meryl Streep) juggles two lovers — pop culture conversations tend to sideline anyone above middle age. Widespread refusal to acknowledge the reality of senior sex may has concrete consequences: According to AARP, cases of gonorrhea, syphilis, and chlamydia continue to climb in populations over 45.

It should probably not surprise anyone to learn that, every time someone bothers to ask about their sex lives, the retirement community generally responds roughly the same way. In a 2015 study out of the University of Manchester in the UK, for example, participants reported fairly robust bedroom activity. Of the over 7,000 people who took the survey, 54 percent of the men and 31 percent of the women over 70 said they were still doing the deed, thankyouverymuch. Roughly a third of that group said they were having sex frequently. Notably, less than three percent of people declined to answer questions about sexuality: It would seem that many older people are well past the point of embarrassment when it comes to bumping uglies, it's just that no one ever asks them what's going on.

It bears noting that sex drive does tend to drop off with age because people's bodies change: According to the National Institute on Aging, vaginal shapes change with time, and hormonal shifts make it harder to get wet. Erectile dysfunction often becomes a problem for those possessed of penises, while things like arthritis, heart disease, and certain medications can make sex less pleasurable and/or more risky. Among Michigan's survey subjects, about one in five men and three percent of women reported seeking medical intervention to get back in the saddle. Of those who did, 77 percent said it helped.

So there you have it: Another round of evidence to demonstrate that our sex drive doesn't die once we pass 60. That's great news, maybe especially great for millennials who — according to a much-hyped 2016 study published in the Archives of Sexual Behavior — were *much* more likely to report having precisely zero sexual partners than members of Generation X, born in the '60s. Millennials still had sex, the study said, but tended to exhibit far less interest in the deed than their "hookup generation" reputation suggests. Perhaps we have all been too busy caring for our plant children and, rather than spending on date activities, have poured all our money into artisanal avocado toasts.

Anyway, in case you were sulking to your succulents because 65 is a long time to wait before you start having and enjoying sex again, here's more good news: According to a recent survey by menstrual cycle-tracking app Natural Cycles, women ages 36 and up are having the best sex of their lives. The 2,600 woman-identifying participants were divided into three age groups: younger, or under 23; middle, or 23 to 36; and older, or over 36. Within that last group, people reported having better and more consistent orgasms from sex, and 86 percent said they had intercourse regularly. Participants tended to chalk up the positive change to accrued confidence, and I am betting the years of sexual experience didn't hurt, either.

All of which is to say, hang in there just a little longer, friends. The best is yet to come.