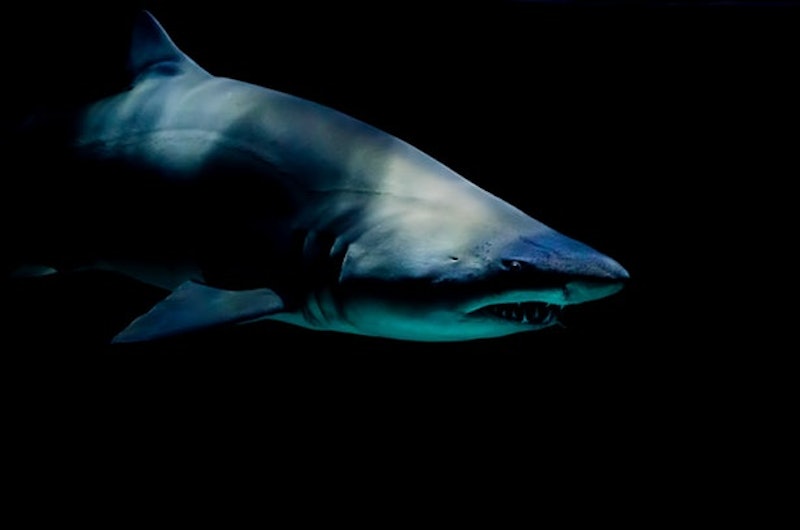 Each summer, Discovery Channel rolls out Shark Week, its famously fin-tastic block of programming dedicated to one of the deep sea's most fearsome predators. Come July 23, it will dive back in for Shark Week 2017, which includes a schedule of 18 new specials.

Among its biggest highlights are a head-to-head face-off between a great white and Olympic gold medalist Michael Phelps, a showdown between sharks and crocodiles, and a spate of eye-opening studies investigating things like travel patterns and inner-species hierarchies. Eli Roth will also return to host five installments of the Shark Week after show Shark After Dark. Plus, Sex and the City star Chris Noth — aka the "Mr. Big" to Sarah Jessica Parker's Carrie — will narrate Sharks and the City: New York, the East Coast version of the the lineup's two SATC-inspired specials.

*Note all times are in ET.

More like this
‘Squid Game’ Creator Hwang Dong-Hyuk Just Dropped A Major Season 2 Tease
By Brian Anthony Hernandez and Bustle Editors
Everything To Know About 'Evil' Season 4
By Meguire Hennes
Where Was 'The Bachelorette' Season 19 Filmed? More European Destinations Are On The Way
By Radhika Menon
'The Bachelorette' Season 19 Schedule Shifts To Tuesdays During Fantasy Suites
By Kadin Burnett
Get Even More From Bustle — Sign Up For The Newsletter