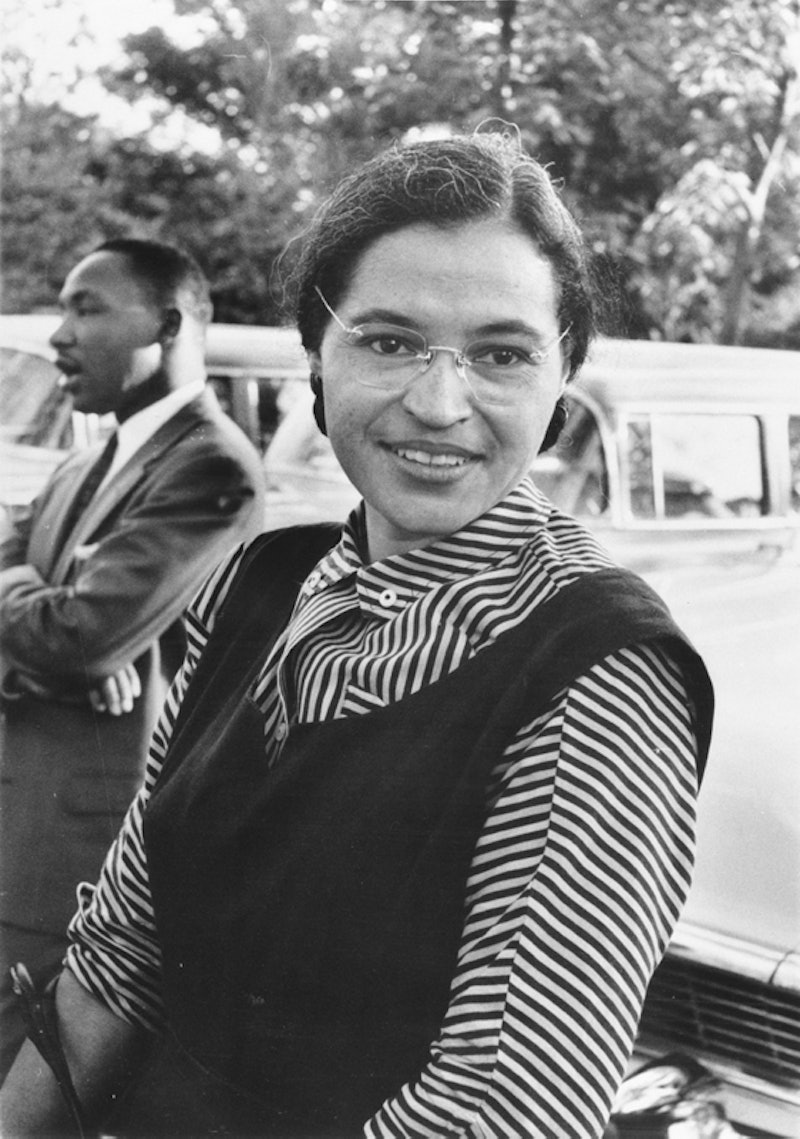 On Tuesday night, Senate Majority Leader Mitch McConnell unwittingly became part of feminist history when he cut off Sen. Elizabeth Warren during a debate over Alabama Sen. Jeff Sessions' nomination as attorney general. McConnell defended his actions by saying, "She was warned. She was given an explanation. Nevertheless, she persisted." McConnell probably didn't expect what happened next, but it's a triumph all the same: Almost as soon as his words became known, #ShePersisted tweets began trending on Twitter as feminists used his words as a rallying cry. Many Twitter users have deployed both the hashtag and the phrase "Nevertheless, she persisted" alongside powerful images of badass women — proving that, although McConnell clearly meant to paint Warren's persistence as a negative quality, women who persist are the ones who get. Stuff. Done.

Sessions' controversial nomination is expected to be put to vote on Wednesday evening, and according to the New York Times, his confirmation is virtually guaranteed as no Republicans have said they will vote against the judge. Democrats' concerns about Sessions are valid, though: In 1986, Session failed to clear the Senate Judiciary Committee when Reagan's administration nominated him as a federal judge due to accusations of racism. (Sessions has denied these accusations, saying, "This caricature of me from 1986 was not correct," according to the Washington Post.)

Coretta Scott King famously wrote a letter opposing Sessions' 1986 nomination; it was this letter that Warren attempted to read late Tuesday night. However, McConnell invoked a little-used rule to prevent Warren from speaking, claiming that by reading the letter, she was impugning a peer's character. The move to formally silence the senator was put to a vote, and Republicans upheld the motion. Warren was rebuked and prevented from speaking for the rest of the debate.

The latter part of McConnell's defense of his actions — "Nevertheless, she persisted" — caught the attention of progressives online. When taken alone, those three words are an oddly poetic summary of what it often means to be a woman.

Soon, feminists turned it into a hashtag highlighting women who have persisted against the odds throughout history. Here's a look at seven notable figures who, like Warren, persisted — and who all remind us that we must persist, as well.