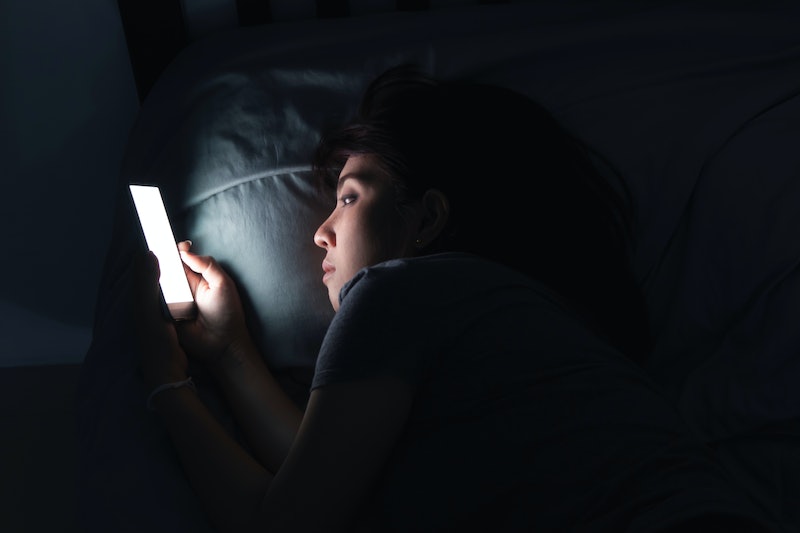 On Tuesday, Republican Senator Josh Hawley of Missouri introduced a new bill that aims to hold social media companies accountable for mindless scrolling. Specifically, the Social Media Addiction Reduction Technology (SMART) Act would ban them from including certain features that encourage people to use their apps for long periods of time. However, some experts question how the SMART Act characterizes heavy social media usage as actual addiction.

The proposed legislation focuses on prohibiting social media platforms, including Facebook, Instagram, YouTube, and Twitter, from using certain attention-keeping tactics and tools. These tactics include infinite scrolling (when more content automatically loads when you reach the bottom of a web page), music and video autoplay, and award badges for repeated use of a social media app. The bill also requires social media companies to provide several ways for users to easily track the time they spend on social media apps.

In a statement about the bill, Senator Hawley argued that social media has become a dangerous addiction. "Big tech has embraced a business model of addiction," the senator noted. "They design platforms with a bottom-line goal in mind: Capture as much of our attention as possible and immediately sell that attention to advertisers."

But not everyone agrees that the legislation is the right approach to addressing social media use — or whether heavy use should actually be classified as an addiction. Notably, Psychology Today defines an addiction as a condition where a person repeatedly engages in a behavior "for which the rewarding effects provide a compelling incentive to repeatedly pursue the behavior despite detrimental consequences."

"I think it's a little too early to take [legislative] action like this. More research needs to be done," Dr. Dar Meshi, Ph.D., an assistant professor in the Department of Advertising and Public Relations and a faculty member in the Neuroscience Program at Michigan State University, writes to Bustle. " ... There's still disagreement in the academic community on whether to call this phenomenon an 'addiction.'"

Dr. Ofir Turel, Ph.D., an associate professor of Information Systems and Decision Sciences at the College of Business and Economics at Cal State Fullerton, shares similar thoughts in an email to Bustle. " ... Can we equate excessive use of social media, which undeniably exists, to an addiction? There are some similarities between addictions and excessive use ... but there are, importantly, also many differences," he writes. " ... So, in that sense, the bill tackles a problem that is not yet well defined."

Meshi also stresses that he believes the government should focus on supporting research further investigating heavy social media use. "... There's currently a lack of government funding for research on the topic," Meshi writes. "I'd prefer to see an act funding research instead of limiting the features that social media companies can implement."

However, not all researchers agree that legislation like the SMART Act is premature. Dr. Mark Griffiths, Ph.D, a distinguished professor of Behavioural Addiction and director of the International Gaming Research Unit in the Psychology Department at Nottingham Trent University, writes to Bustle that he "welcome[s] any initiatives that help curb excessive media use." Notably, though, Griffiths also emphasizes that " ... very few people are genuinely addicted to social media." Instead, many people are "habitual users" whose social media habits can negatively impact their "work or education."

Dr. Phil Reed, D.Phil, a psychology professor at Swansea University, stresses to Bustle that while he's generally "not a fan of legislation to curb behaviors, unless it is a last resort," he believes that "we are at the point of ‘last resort’ now" when it comes to excessive social media use. "Technology companies have not adapted to the overwhelming evidence that their technologies can contribute to harms to mental and physical health," he writes to Bustle, suggesting that regulatory social media legislation could be necessary.

Overall, social media legislation like the SMART Act has clearly divided experts. It remains to be seen whether it will elicit a similar response in Congress.