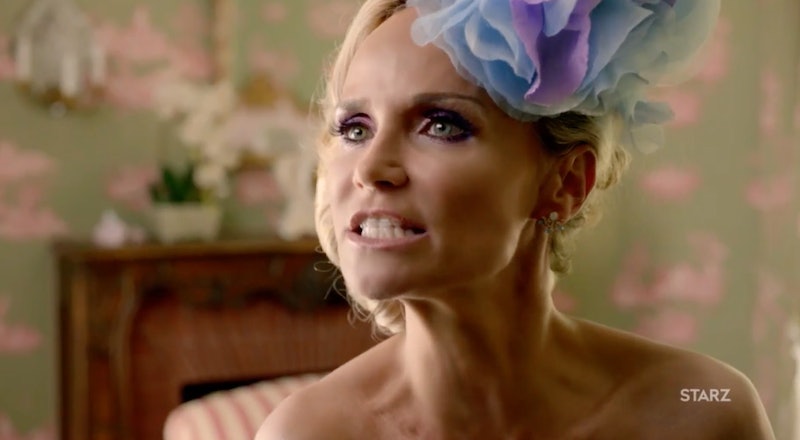 Stop what you're doing, mortals, because the new American Gods trailer is here. It looks great: bloody, dramatic and best of all, an absolute earworm of a track kicks in during the last 30 seconds. So, what is the song used in the American Gods trailer? It's got a clear gospel structure of call and refrain, with the male voice calling out, "Deliver me," before a choir echoes him. The lyrics go as follows:

"Deliver me (deliver me)

To the kingdom of my Lord

You are by my side

The really excruciating thing about this song is that the phrase "deliver me" is pretty universal in music. Go ahead and key "deliver me" into Spotify and let the results rain down. It feels as if there's a song titled "Deliver Me" in every genre, from electro to heavy metal to soul. Of course, it could be a cover — in their July 2016 trailer, they used Danny Farrant and Paul Rawson's "In The Pines," which is a cover of the classic Lead Belly song, "Where Did You Sleep Last Night?" (which confusingly enough, you probably know from Nirvana's cover of it for their MTV Unplugged set).

However, even if this track were a cover, you'd expect it to use the same lyrics, but sadly, keying those lyrics into Google doesn't help any further either. Given how internet-resistant this song appears to be, one could conclude that the song has been created specially for American Gods. After all, the show appears to have an epic budget behind it — while the Neil Gaiman fantasy novel adaptation doesn't drop until April 30, they've been marketing the eight-episode TV series for almost a year now.

Perhaps the song's resistance to being searched for is a testimony of the vision of the series itself. It's pretty ballsy to consider adapting Gaiman's famously violent novel for television — and to keep in most of that violence. It's even ballsier to contrast the gore and blood onscreen with what sounds like a traditional gospel song. So perhaps the point isn't that Starz wants us to start streaming a singularly catchy song with abandon — but to heighten the atmospheric, exciting vibes of the trailer itself.