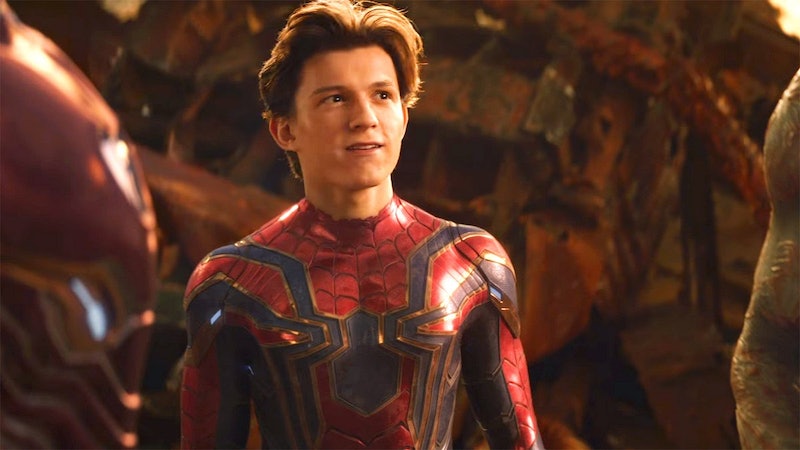 Spoilers ahead. Out of all the trauma and loss following Avengers: Infinity War, it's definitely Spidey fans who are gonna need the most consolation. Fortunately for them is the fact that although Marvel has decided to keep quiet about its next phase of film operation, one of the few precious crumbs of information the studio has benevolently released is an official, locked and confirmed Spider-Man 2 release date.

That's the good news: Spidey's definitely coming back by July 5, 2019 in an as-yet untitled web-slinger feature film. The bad news? That's about all we know, and Marvel's keeping the lid tight on any additional information until after Avengers 4. Since Avengers 4 is locked in for May 3, 2019, that's a long wait, and it only gives fans a few months before the sequel to Homecoming comes out to find out what happened to New York City's friendly neighborhood Spider-Man.

Meanwhile, outside the MCU but well within the view of Spider-stans, Sony is putting out not one, but two films that could possibly tie into the current Spider-Man universe. Tom Hardy's Venom comes out in October, and Silver and Black, featuring long-time Spider-Man allies Silver Sable and Black Cat, just got a new draft courtesy of a trifecta of top-tier ladies writing and directing. MCU uber-producer Kevin Feige has insisted that Sony's films are separate from Marvel's world, but rumors persist that MCU's Peter Parker might make a guest appearance in either or both films.

As for characters crossing over in the other direction, Feige recently had to quash casting rumors that hinted Black Cat might make an appearance in Spider-Man 2. After That Hashtag Show reported that Marvel put out a casting call for a European femme-fatale in her '20s, fans speculated it might point to Spider-Man's longtime love interest/ally/nemesis. But asked about Black Cat in an interview with Screen Rant, Feige specifically said, "No, that was, uh, that, that was a misleading minor casting search. None of those rumors are true at all."

Speaking of rumors, the Marvel fan universe is bursting with theories about how the heck Peter Parker's going to make a comeback. When you have a mad alien god successfully slash the universe's population in half, there's going to be some beloved casualties, but Parker's was particularly brutal in its earnest emotion. It's reported that Tom Holland completely ad-libbed his exit lines, with some fans already theorizing his Spidey-sense gave him an early warning his time was up with nothing to do about it. Again, brutal. But it's known that Parker's definitely back by 2019 (and possibly reappearing a few months earlier in the next Avengers, if rumors are true). And the current fan-favorite hones in on Tony Stark as they key to undoing Thanos' cruel plan, with Doctor Strange's willingness to give up the Time Stone to save him as main evidence.

However Peter comes back, there'll be no rest for the weary. It's apparently no coincidence Spider-Man 2 hits theaters so soon after Avengers 4: director Amy Pascal confirmed to Fandom that the sequel picks up minutes after the Avengers story. That's right, minutes. Asked how the next few films fit into the MCU timeline, Pascal said, "What I think we should focus on is this Spider-Man who started in Civil War and then has this movie, and then will be in the Avengers movie. And we are starting now the next one which will start a few minutes after Avengers 4 wraps as a story.”

Whew, that's a lot of web-slinging in a very short amount of time. Though Spidey fans will have to mourn with memes in the meantime, it's good to know the youngest Avenger will be back in action in just over a year.