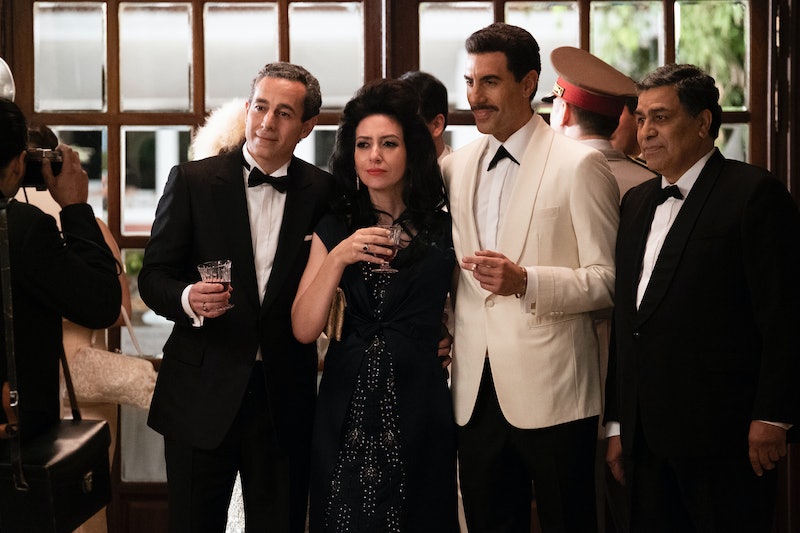 Netflix's new series, The Spy, follows the true story of Eli Cohen (Sacha Baron Cohen), who's recruited by Mossad — or, Israel's national intelligence agency — beginning in 1959 to be an undercover operative in Syria. And while he proved to be very successful, the lines soon began to blur between Cohen's real life and his undercover persona, Kamel Amin Thaabet. What's more, he had to leave his wife and children in the lurch back in Tel Aviv for long stretches of time. The series premieres Friday, Sept. 6 on Netflix, when audiences will get to The Spy cast bring the true story to life.

"Eli was probably the most successful spy in the 20th century," Baron Cohen told TVInsider. And while he essentially lost his identity along the way, he was incredibly good at what he did. "He lived a double identity," The Spy star said, "and ended up basically saving his country." However, they eventually caught up with the agent, and on May 18, 1965, Eli Cohen was publicly executed in Damascus, per the Associated Press.

Since this Netflix show is based on a true story, that makes the casting even more important, with some of its characters based on real people. Here are the actors who portrayed these characters in The Spy.