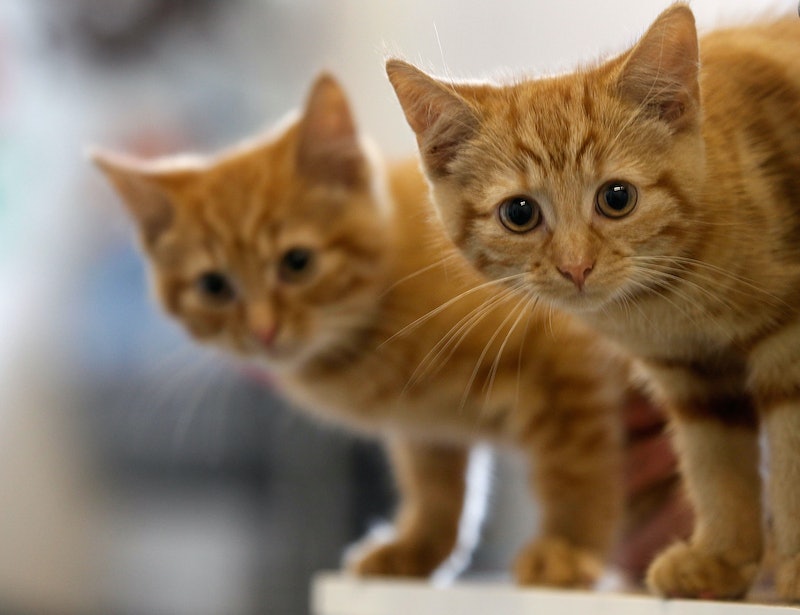 Instead of an invitation, the U.S. State Department accidentally emailed a cat photo to some lucky recipients last week. The U.S. embassy in Canberra said the cat photo and accompanying email was "a training error" in a statement to the Australian Associated Press.

The email newsletter was titled "meeting" and included some Latin paragraphs and the option to RSVP, as well as the cat photo. US Mission to Australia Public Affairs Counsellor Gavin Sundwall sent an apology acknowledging the error two days later, according to the Australian Associated Press. "Sorry to disappoint those of you who were hoping to attend this 'cat pajama-jam' party, but such an event falls well outside our area of expertise," Sundwall wrote in an email.

Sundwall also wrote that "strong new management controls" will prevent a similar message from being sent in the future.

The photo is of a cat wearing a Cookie Monster pajama onesie holding a plate of chocolate chip cookies. Mashable reported the photo belongs to Jennifer Stewart, a Melbourne woman who posts photos of her cats in fun onesies on her Instagram account @my_furry_babies.

The photos are very cute, and it looks like the photo that the State Department sent out was originally posted in late July 2017. In fact, there's an entire series of the Cookie Monster onesie photoshoot, including some videos of the cat eating some of the chocolate chip cookies.

The State Department hasn't commented on the email beyond Sundwall's statement.

However, the cat is a different story. Stewart and the cat seem to be enjoying the error. Stewart posted a reaction shot from her cat, Joey, on the email accident as well as the party's cancellation. "Joeys upset that the cat pajama-jam won’t be happening HAHAHAHA 😂," Stewart posted.

Stewart also posted the message to Twitter. Joey is posing with an iPad opened to the story about the email. It's headlined, "Canberra's US embassy apologises for cat pyjama email invite."

Social media also had a good laugh at the error. One user tweeted, "Meanwhile, in Canberra, 'What could possibly go wrong when you cripple the state department?' Cat parties." A writer for The Cut tweeted that this is "the only good email to send or receive" with a link to a story about the email.

More like this
How To Follow The New Royal Family Social Media Accounts
By Sam Ramsden
What Does “The Rizz” Mean On TikTok? The Viral Slang Term, Explained
By Alexis Morillo
The 10 Memes That Defined 2022
By Alexis Morillo
This AI Filter Shows How You’d Look In Different Time Periods
By Alexis Morillo
Get Even More From Bustle — Sign Up For The Newsletter