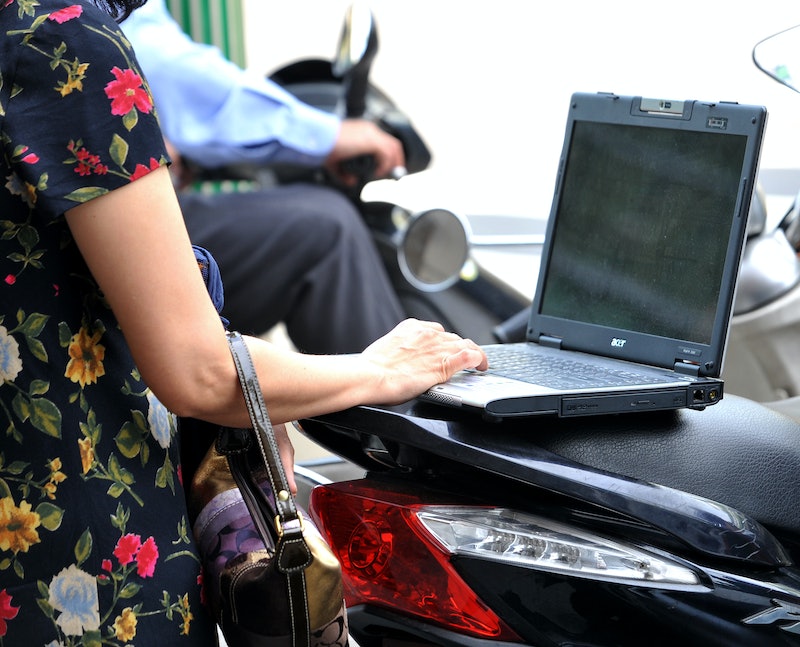 Detailed reports of Harvey Weinstein's alleged misconduct toward women in Hollywood began a renewed conversation around workplace sexual harassment. As women came forward with stories of how the film mogul allegedly harassed or assaulted them, a common thread became clear: Women feared Weinstein would ruin their careers if they turned down his advances or accused him of inappropriate behavior.

While the Weinstein case shed light on a pervasive problem in Hollywood (though he denies all claims of sexual assault), women in every industry face harassment on the job. And one 2003 study says 75 percent of workplace harassment victims face retaliation for alerting someone.

The study is cited in a 2016 Equal Employment Opportunity Commission (EEOC) report that says between 6 and 13 percent of people harassed at work file a formal complaint, meaning 87 to 94 percent of people do not file a complaint. The EEOC asserts this is because many fear they won't be believed, fear they'll be blamed, or fear their career and/or reputation will be damaged.

And based on that 75 percent statistic mentioned in that EEOC report, experts say those fears are warranted.

Caren Goldberg, Ph.D., an associate professor at Bowie State University who serves as an expert witness in employment law and harassment cases, says she is not surprised that such a high number of people who report harassment subsequently face negative consequences.

"In a lot of work groups where sexual harassment occurs, there's more likely to be a culture that tolerates the harassment, which means that they're going to maintain their existing culture," she tells Bustle. And retaliation helps them do just that.

Weinstein reportedly took advantage of women's fear of retaliation by offering to help move his alleged victims' careers forward if they did what he wanted and hurting their careers if they didn't. "There may have been other factors, but I definitely felt iced out and that my rejection of Harvey had something to do with it," Mira Sorvino told The New Yorker of her acting career.

Fear of retaliation keeps victims of harassment quiet, the experts say. Women who face inappropriate comments or physical contact at work are often put in an impossible situation: They may want to speak up but can't afford to lose their job, tank future career prospects, or make their work environment even worse by accusing someone of misconduct. Most people who are harassed can't specifically predict that their name will be dragged through the mud if they report the mistreatment, but, Goldberg says, they at least know they'll be stirring the pot.

And, according to Amy Oppenheimer, an attorney who specializes in workplace harassment cases, simply stirring the pot can negatively impact careers, even if there's no immediate retaliation.

"Most people who complain don't end up getting ahead at work, and there's a legitimate fear of being viewed as someone who causes trouble, who's litigious," Oppenheimer tells Bustle.

The onslaught of allegations against Weinstein proves how difficult it can be for women to speak out against men in positions of authority in their industry. But Weinstein's accusers made it abundantly clear women are more likely to come forward about harassment when others are doing the same. After all, it's much more difficult for men — even men as powerful as Weinstein — to retaliate against dozens of accusers versus just one.

Cases such as Weinstein's have at least kept the nation's pervasive sexual harassment problem in the forefront of people's minds, offering some hope that public discourse will begin to morph into real progress. Of course, no single case can serve as a silver bullet to eradicate sexual harassment, but this one could give more women the courage to come forward with their own complaints against employers and colleagues in the near future.

"[There] does seem to be a feeling of 'we are not gonna accept this any more,'" Oppenheimer says. But will anything actually change for women in the workplace?