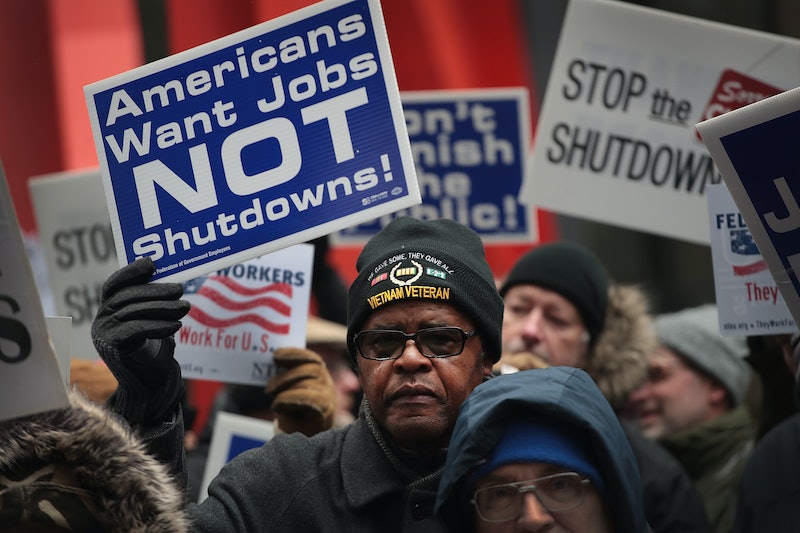 As the longest government shutdown in America's history continues to drag on, lawmakers on Capitol Hill are coming up with their own ways to protest the current state of affairs. Among them is Virginia Democratic Sen. Mark Warner, who introduced the Stop Stupidity Act against government shutdowns on Tuesday.

The "stupidity" bit in Warner's legislation is actually an acronym for something much more detailed and pointed: "Shutdowns Transferring Unnecessary Pain and Inflicting Damage In The Coming Years." According to The Washington Post, Warner's legislation would prohibit future government shutdowns from withholding funds for federal government agencies. It comes with a caveat, though: this would not include the president's executive office or the legislative branch.

In a press statement, Warner said, "The Stop Stupidity Act takes the aggressive but necessary step of forcing the president and Congress to do the jobs they were elected to do. Workers, business owners, and taxpayers are currently paying the price of D.C. gridlock and my legislation will put an end to that."

According to NBC News, some 800,000 federal workers have been impacted by the partial government shutdown; many of them have been furloughed for the time being while thousands of others have been called into work without being paid. In a tweet on Tuesday, Warner demanded that the government employees be given their paychecks.

The government shutdown is the tense result of a budget impasse between President Donald Trump and Democrats. Trump has demanded $5.7 billion in a spending bill to construct a border wall between the United States and Mexico, and has yet to budge from his position which the Democrats have consistently opposed.

And it seems as if the American public is growing more discontent as the shutdown carries on. According to a recent poll conducted by PBS NewsHour and Marist, the majority of polled Americans view Trump, not the Democrats, as the reason why there is a partial government shutdown in the first place.

Now, you might be wondering: will Warner's "Stop Stupidity Act" have any effect on the ongoing government shutdown? It's hard to say. According to The Washington Post, this isn't the first time that such a bill was introduced.

In 2011, House Democrats introduced a bill saying that if a shutdown went on for more than a day, the president and the Congress would not receive their paychecks. But it backfired as Republicans argued that such a move would be unconstitutional.

Other protests against the current government shutdown have come from two California Democratic representatives, Jackie Speier and Jared Huffman, who carried blue trash cans and left them outside the White House. The representatives said that the trash was from the Golden Gate National recreation area, which had been impacted with overflowing garbage and human waste like other national parks due to the shutdown.

As you can tell, Warner's legislation points to the challenges government workers have faced as a result of this shutdown. For example, a U.S. Fish and Wildlife Service worker told CNN that she had diabetes and had to ration her insulin as she had no money to pay for her medication. Meanwhile, D.C.'s WAMU radio station reported that federal workers were moonlighting to make ends meet and that some couldn't even afford diapers, according to The Huffington Post.

As the president stays adamant about the border wall, it looks like these troublesome developments may not end anytime soon.