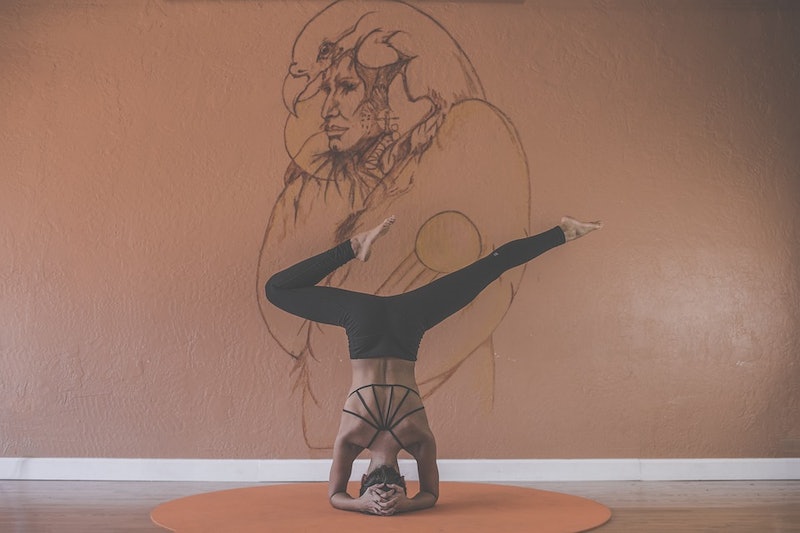 February 22, in case it wasn't mentioned while you did downward dog today, is World Yoga Day, which means it's time for a trip into the more bizarre moments by which the practice entered the Western consciousness. Whether you got your first taste of it from the Beatles and their famous visit to an ashram or from the '90s influx of yoga studios across the nation, yoga is now a firm part of American fitness, but it hasn't always been that way.

In fact, while it's had devotees from Thoreau through to Paltrow, the modern history of yoga's arrival in the West has had some very strange twists and turns, from confidence tricksters to Vanderbilts to obscure texts found in palace libraries.

While these days it's completely acceptable, even a bit boring compared to new kick-boxing pilates mash-ups, yoga had an odd road to the forefront of the American fitness industry, from peculiar spiritual practice to disreputable cult to treat of the rich and famous. The fundamentals of yoga to health are pretty well-established, but you can be pleased, as you do your salute to the sun, that you're also delving into a practice that's had a hilarious and sometimes rather bonkers history as it tried to make a foothold in the West.