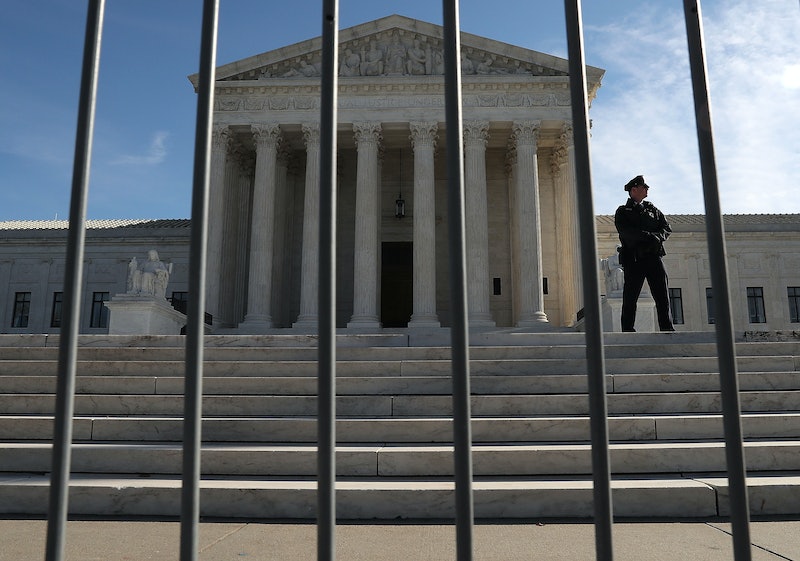 On Monday, the nation's highest court issued an unusual decision. The U.S. Supreme Court vacated an equal pay ruling because a judge on a lower court died before the ruling was issued. Judge Stephen Reinhardt died on March 29, 2018, while his final opinion for the U.S. Court of Appeals for the 9th Circuit was released 11 days later.

"Because Judge Reinhardt was no longer a judge at the time when the en banc decision in this case was filed, the Ninth Circuit erred in counting him as a member of the majority," according to the opinion from the highest court. "That practice effectively allowed a deceased judge to exercise the judicial power of the United States after his death. But federal judges are appointed for life, not for eternity."

While the five-page opinion is unsigned, Justice Sonia Sotomayor did concur. You can read the per curiam opinion in full here, via SCOTUSblog.

The opinion by the Supreme Court said it was unaware of "any rule or decision" that would prevent a judge from changing their mind. "It is generally understood that a judge may change his or her position up to the very moment when a decision is released," according to the opinion.

The ruling in question from the 9th Circuit was in the case of Yovino v. Rizo. And the opinion was in favor of Aileen Rizo, a California teacher who accused Fresno County of pay discrimination based on her gender, according to SCOTUSblog. Rizo said the school district that hired her as a math consultant in 2009 justified a salary lower than her male peers because of her salary history, according to Vox.

Reinhardt had authored the opinion of the 9th Circuit, according to paperwork filed with the Supreme Court. The late judge wrote that the wage gap is still alive and well. "Unfortunately, over fifty years after the passage of the Equal Pay Act, the wage gap between men and women is not some inert historical relic of bygone assumptions and sex-based oppression. Although it may have improved since the passage of the Equal Pay Act, the gap persists today: women continue to receive lower earnings than men 'across industries, occupations, and education levels,'" Reinhardt wrote in the opinion, citing an amicus brief filed by 16 national women's rights organizations.

Reinhardt's opinion expressly talked about the need for equal pay and criticized the practice of asking for salaries from previous employment. "If money talks, the message to women costs more than ... billions. Women are told they are not worth as much as men," Reinhardt wrote in the 9th Circuit opinion. "Allowing prior salary to justify a wage differential perpetuates this message, entrenching in salary systems an obvious means of discrimination."

However, USA Today noted that the majority opinion was decided by only six of the 11 judges, so the absence of 87-year-old Reinhardt's vote because of his death could make a difference in the case's outcome at the 9th Circuit.

Reinhardt was a a longtime and well known liberal jurist who was the last federal appellate court judge appointed by President Jimmy Carter in 1979. Now the 9th Circuit must reconsider the case without his liberal voice.