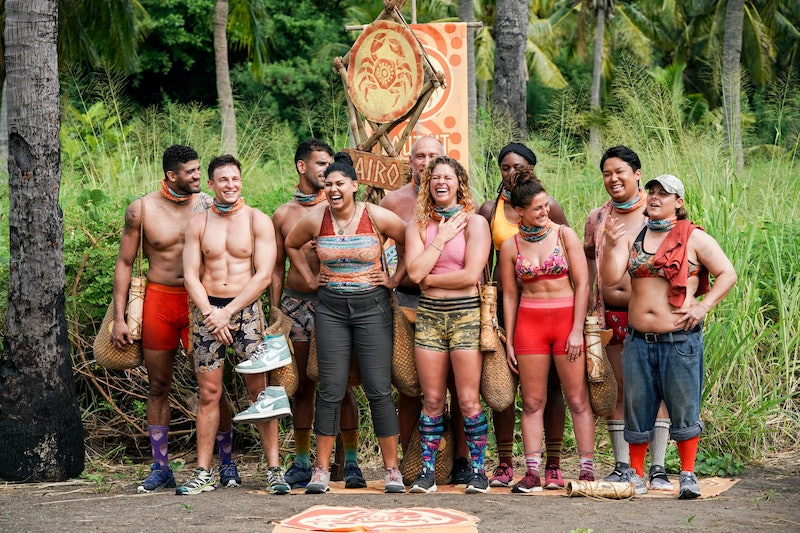 All 38 seasons have been adventures of their own, but the Survivor 39 theme, Island of the Idols, introduces a whole new layer of gameplay. Beginning on Sept. 25, like usual, 20 castaways will venture into the wilderness to compete for the $1 million grand prize. But there's a twist — they'll eventually be joined by two familiar faces, "Boston Rob" Mariano and Sandra Diaz-Twine, aka the "idols" of the island.

The Survivor alums won't be there to compete, though. Diaz-Twine has already won the show twice (in Pearl Islands and Heroes vs. Villains) and Rob, who's appeared in four previous seasons and won Redemption Island, has made it clear that he won't compete again. Instead, they've been recruited to use their experience and knowledge to mentor the newcomers, and to challenge them when they have the chance.

The new structure is a compromise between the Survivor veterans and producers, who wanted the fan favorites to return. "The idea came from wondering how to get a player like Boston Rob, who has said he'd never compete again because he doesn’t feel he'd ever really have a shot to win, to return to the show," Survivor host Jeff Probst told Entertainment Weekly in May. "So, the idea of making Rob and Sandra mentors was born. They aren't playing, they can't cast a vote, they can't be voted out, and they can't win the million dollars. The basic idea is they run a Survivor boot camp. They teach aspects of the game and then give players a chance to test what they've learned.”

No one knows how to outwit, outplay, and outlast like Mariano and Diaz-Twine, so any contestant who has the opportunity to learn from them will have a huge advantage — so much so that their advice could become currency among the others.

"We know everything there is to know about Survivor. I mean, I wrote a book on it," Mariano says in the season trailer, referring to 2013's The Boston Rob Rulebook: Strategies for Life. Perhaps he'll be passing out copies to his mentees in Fiji.

Other than the announcement of Mariano and Diaz-Twine as mentors, the official structure of Season 39 hasn't been fully revealed, so it's unclear how involved or uninvolved Rob and Sandra will actually be. However, in the show's trailer, Sandra says she's armed with everything needed to help someone win.

The new theme adds a refreshing change of pace to such a tenured competition, and its revamped casting process will too, according to Probst. "We have a new [casting] team in place, and we've come up with the most diverse cast we've ever had, no compare," he told The Hollywood Reporter. "Even the cast noticed it when they were all together at Ponderosa and we met with them. They all said: 'Oh my god. There are so many different people from so many different walks of life.'"