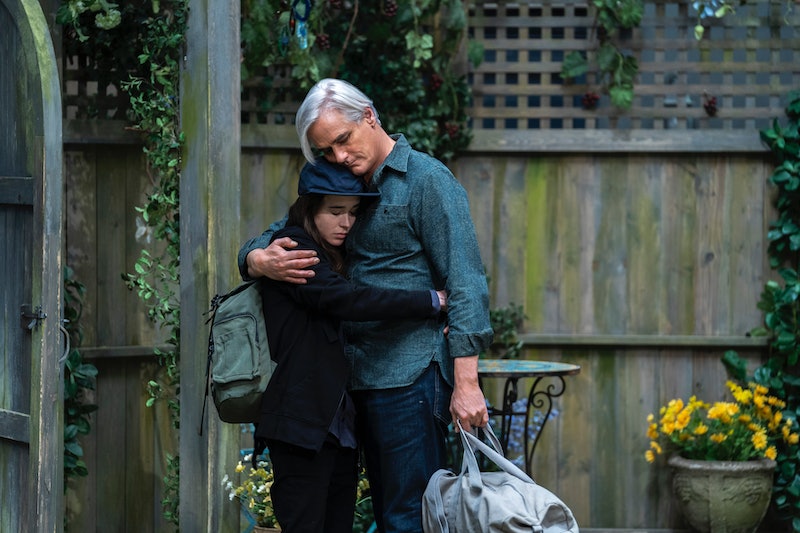 Netflix's Tales of The City is arriving just in time for Pride Month. It's based on the 1978 book of the same name (which was originally adapted for TV in 1993), but now, the 2019 Tales of the City cast is bringing the LGBTQ+ story back to life. Some of the stars are actually the same as in the 1993 miniseries, making the show more of a revival than a complete reboot, but there are plenty of fresh faces, too.

According to Deadline, the 10-episode first season follows Mary Ann's return to San Francisco, where she is re-acquainted with her estranged daughter Shawna 20 years after she left her behind. Along the way, viewers will meet the unique people who make the city's 28 Barbary Lane a home away from home for those who feel like they don't belong anywhere else. Even Mary Ann, now a prim and proper Connecticut resident, again feels the pull of this life thanks to Anna Madrigal, the mother/grandmother figure who ties their found family together.

The series begins at Anna's 90th birthday party, where the old cast will mingle with the new. From seasoned stars to up-and-comers, check out who'll be appearing below.

Page plays Mary Ann's daughter. According to W magazine, Shawna is "a pansexual alt-lit novelist and blogger." Page has been somewhat of a Netflix series staple lately, also appearing in the recently released Umbrella Academy.

In this revival, Anna is 90 years old to account for the fact that she's being played by the same actor as in the 1993 version. Dukakis first portrayed the groundbreaking transgender character when she was 62. Now she's 87.

The Her Story writer and actor is also known for acting in Better Things, Blindspot, and Nashville. Decider reported that she will play the young Anna Madrigal in the Netflix revival.

Linney reprises her 1993 role as Shawna's mother, Mary Ann, in the Netflix revival. In the years between that series and this one, Linney has had major roles in projects like The Truman Show, Love Actually, Frasier, and Netflix's Ozark.

Robert is Mary Ann's husband who joins her on her initial return to San Francisco for Anna's birthday. Park is also known for House of Cards, Mindhunter, Chicago P.D., and playing Beck's dad in You.

Gross reprises his 1993 role of Mary Ann's ex-husband and Shawna's father. You may also know Gross from his recent starring role in Netflix's Alias Grace, in which he played Thomas Kinnear.

"Mouse" is Mary Ann's nickname for her best friend Michael. He's a gay man who currently lives at Barbary Lane and is dating a man named Ben, according to Deadline. Bartlett is new to the role, which was played by Marcus D'Amico in the 1993 series. He's probably best known for HBO's Looking, Netflix's Iron Fist, or CMT's Nashville.

Ben is Michael's younger boyfriend. As Tales of the City book author Armistead Maupin said at Outfest Q&A in 2017, per The Advocate, he's especially glad that the Netflix version of his story includes a more diverse cast, and Barnett's character is one of these much-needed additions. You may know Barnett from other roles like Alan in Russian Doll or Peter in Chicago Fire and Chicago P.D. He's also slated to play Gabe in the second season of YOU.

Jake is a recently transitioned transgender man, and he's played by non-binary trans actor Garcia in their first role, according to Digital Spy. Garcia told the outlet that they were thrilled to see a story like Jake's be told on screen.

"When I first got the description for the audition, it was so exciting for me – that someone wanted to write about that," Garcia said. "I just never thought in a million years that someone would want to put that on television, let alone Netflix."

Margot Park, played by May Hong

According to Rolling Stone, Margot is dating Jake and navigating what that means now that Jake has transitioned. Before Tales of the City, Hong appeared in shows like New Amsterdam, High Maintenance, and Broad City.

Ani is the "social media obsessed" twin to Raven, according to Vanity Fair. She previously portrayed Gretchen Wieners in the Mean Girls Broadway play, so that's pretty cool.

The other half of the set of twins is played by Larkin, who you may know from his role as Monty in The 100.

According to GLAAD, Ida manages a burlesque bar that both Shawna and Margot work at. Ida is played by Caldwell Tidicue, better known as Bob the Drag Queen who won Season 8 of RuPaul's Drag Race.

TV Line reported that Ringwald will recur in the series, but there are no details about her character yet.

Garber, best known for The Titanic, The Flash, First Wives Club, and Alias, plays Sam. According to Deadline, Sam is "a handsome English gentleman who spends his days reading old books to Anna."

According to Deadline, Claire is "a driven documentarian who has a burgeoning relationship with Shawna that catches them both off guard." Before joining Tales of the City, Mamet was best known for playing Shoshanna in Girls.

Tales of the City is largely an ensemble drama, which means that the cast can make or break the show. With stars like these, though, it's hard to go wrong.