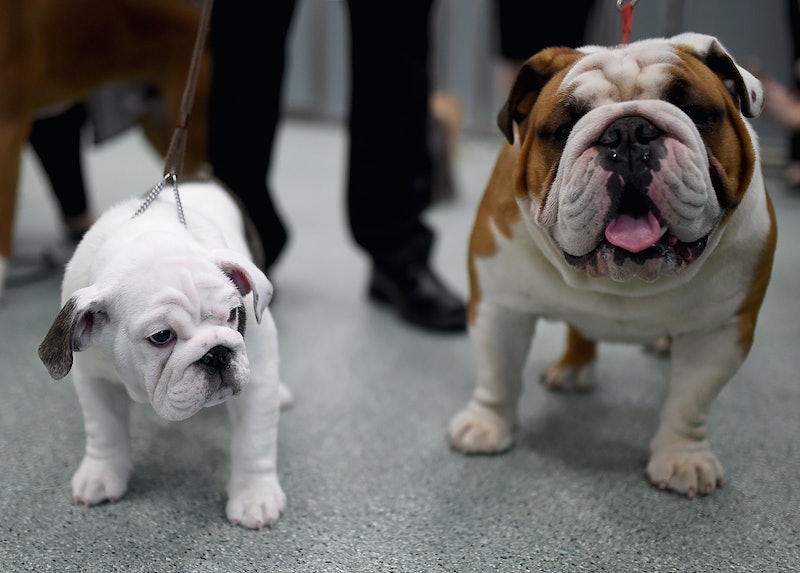 Dogs are all over Instagram, from casual posts to their own accounts to certified canine celebrities. Every shape, size, age, and type of dog has been featured on the social media platform, but there are some that are posted more than others. A list of the most popular dog breeds on Instagram shows what people like posting — or at least hashtagging — and the number one spot is held by a dog that's definitely Instagram-y.

The website My Voucher Codes (a U.K. site that lists coupon codes for online shopping), looked up popular hashtags for 20 different breeds of dogs to see which one had the most posts. For instance, for pugs, they looked up "#pug", "#pugsofinstagram", and "#pugs". These three hashtags brought up over 29 million posts.

The list of dogs being most posted and hashtagged on Instagram does not necessarily match up with the list of most owned dogs in its corresponding spot. According to the American Kennel Club, which bases its list on "registration statistics", the most popular pure bred dog in the U.S. for 2017 (the 2018 list is not out yet) is the Labrador Retriever, and it has held the number one spot for years. In the U.K., The Kennel Club reported in 2018 that French Bulldogs overtook Labs for the top spot, which the breed had held since 1990.

Here are the top 10 most hashtagged dog breeds on Instagram, according to My Voucher Codes, the hashtags they looked up, and how the breeds compare to the American Kennel Club 2017 list.

As you can see, the most popular dogs to post (and hashtag) are not the most popular dogs to own (and have registered). While some of them rank highly on both lists (French Bulldogs, Labs, and Golden Retrievers), there is much more a discrepancy for other breeds (Pugs, Chihuahuas, and Pomeranians). The AKC list is surely affected by the type of dogs that end up in the registration statistics that they use. Plus, a ton of people own mixed breed dogs, which aren't accounted for. There's also the fact that a big part of Instagram is giving in to what's trendy, and French Bulldogs are the matcha latte with a millennial pink background of the dog world — there's bound to be a ton of hashtags for them.

If you want to check out some of these pups on your own, the hashtags above should help, and the list of the top 20 Instagram dog breeds can be found here.