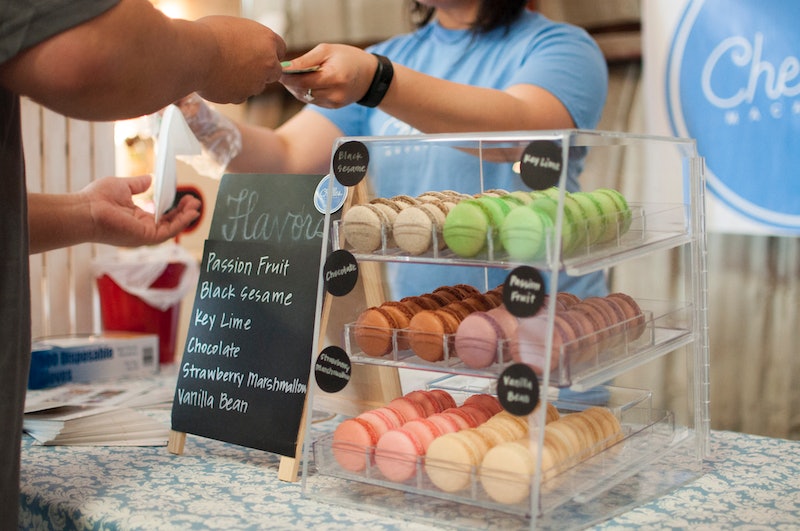 Back in August, social media users began sharing their first jobs under the hashtag #firstsevenjobs. The meme was a fun way to see how even some of the most successful people in the world began from humble beginnings. Recently, Facebook used the meme to identify the top 20 first jobs that people have when they’re just starting out. The list shows that, regardless of the careers people ultimately have, a lot of us tend to begin with similar first jobs, which isn’t too surprising when you consider the limited work options available to young people.

The hashtag #firstsevenjobs (or, alternatively, #first7jobs) began circulating in August, after musician Marion Call asked her followers to list their first seven jobs to help with a song she was writing. The hashtag went viral, and celebrities like Lin-Manuel Miranda, Buzz Aldrin, and Stephen Colbert started getting in on the action. Aldrin listed, “Dishwasher/ Camp counselor/ Fighter pilot/ Astronaut/ Commandant/ Speaker/ Author.” Dishwasher to walking on the moon in three moves. Not too shabby, right?

Facebook COO and LeanIn.org founder Sheryl Sandberg recounted being fired from, not one, but two early babysitting jobs before working as an aerobics instructor and then transitioning to the World Bank health team. And although #firstsevenjobs lists like Sandberg and Aldrin’s show a relatively swift rise from babysitting and dishwashing to celebrated careers, other entries show that change occurs slowly, and that, seven jobs in, their writers were still a long way off from the careers for which they’d become famous. Stephen Colbert, for instance, was still working as a waiter in his seventh job, having (apparently) become an expert in futons:

I think my favorite of these is by Mo Rocca, who arguably reached the pinnacle of his career working as a model for a psychiatric hospital:

According to Facebook’s analysis of #firstsevenjobs entries, these are the top 20 starter jobs:

Facebook found that the most common earliest jobs for English-language lists were babysitting and delivering newspapers. Some of these might not be the most glamorous of careers, but if this list proves anything, it’s that, regardless of where you’d like to end up, everyone’s got to start somewhere. (And, often, that “somewhere” is babysitting the four-year-old down the street.)