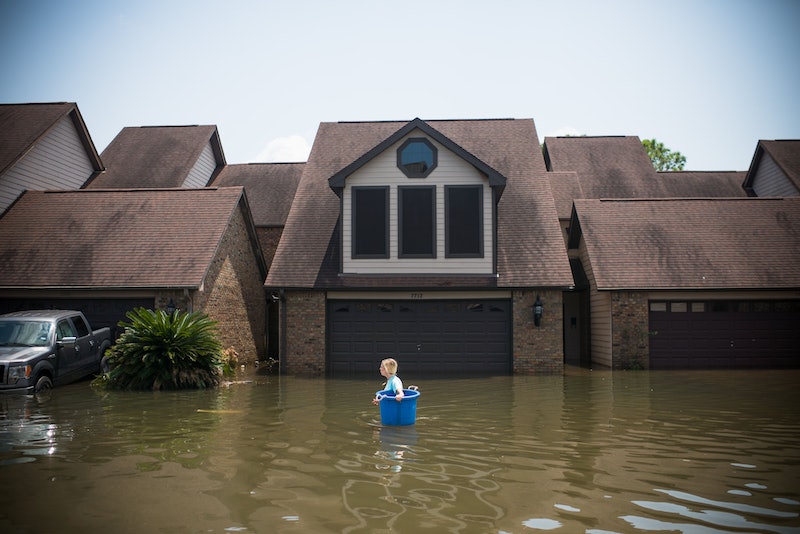 New weather forecasts from the Atlantic indicated that the devastation from Hurricane Harvey may not be the end of hurricane season for the United States this year. Another storm is brewing a couple thousand miles south of Florida right now, though it's too soon to tell if it will make landfall in America. Hurricane Irma's trajectory is still unclear for the time being, but it's never too early to prepare for a storm.

Typically storms that are as far away from the U.S. mainland as Irma is right now don't get any attention at all, but there are two main factors driving interest in Irma right now. First, obviously, is the damage inflicted by Hurricane Harvey. Fears about another catastrophic, or even relatively strong, hurricane are heightened right now after what the nation is watching Texas go through. However, this is a classic example of a post hoc fallacy — "Irma is going to hit the U.S. because Harvey did." The vast majority of hurricanes each season never make it to the United States, so there's no extra reason to believe that Irma will.

The second reason people are paying close attention to Irma is that the storm appears to be unusually strong right now. Typically, storm systems are too weak to become hurricanes while they are in the middle of the Atlantic — they stay tropical depressions or tropical storms before moving to the warmer waters of the Caribbean. Irma has waffled between Category 2 and Category 3 hurricane strength already, and Harvey hit Texas as a Category 4 after strengthening at the last second. That means that if Irma continues to get stronger, the devastation could be even worse than Harvey if the storm hits the U.S. coast.

It's simply too early to be significantly concerned about that possibility though. The latest National Weather Service forecast shows that the storm system is headed northwest toward Florida, but there's still a lot of time for the hurricane to change its course — by Thursday, it's projected to be passing just east of the Dominican Republic. Plus, Irma could still sizzle out in the Atlantic.

The National Hurricane Center's Saturday night bulletin about Irma stressed that the United States isn't in any immediate danger from Irma, but that coastal regions should be prepared already anyway. "It is much too early to determine what direct impacts Irma will have on the Bahamas and the continental United States," the statement reads. Regardless, everyone in hurricane-prone areas should ensure that they have their hurricane plan in place, as we are now near the peak of the season." Check out this hurricane preparedness checklist to see if you and your loved ones are ready in case Irma heads toward the U.S.