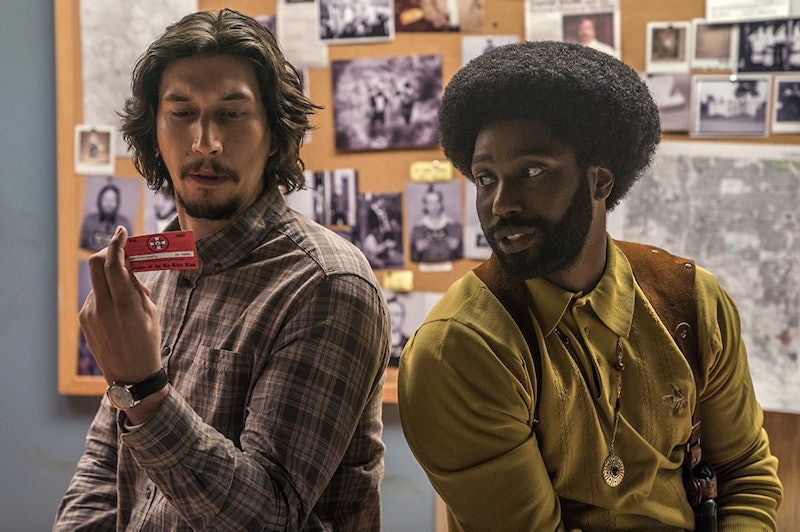 Spike Lee’s new film BlacKkKlansman tells the incredible story of Ron Stallworth, an African-American detective who sets out to infiltrate and expose the Ku Klux Klan. Yet while the film’s plot might sound unbelievable, BlacKkKlansman is actually based on a true story. The film is an adaptation of Stallworth’s autobiography of the same name (stylized as Black Klansman), which explains how he became the first black detective of the Colorado Springs Police department in 1978. His arrival, though, came with a challenge. In a 2014 interview with VICE, Stallworth recalled how he was warned about being the only black man in the precinct. “I was specifically told that I would not be welcomed by the rank and file within the department because it had been white for so long,” he said.

Despite experiencing hostility from his white co-workers, he set out on using his position as an undercover police officer to make a change within Colorado Springs’ racial issues. In an interview with NPR from 2006, Stallworth delved into how his role in exposing the KKK came to be. “It occurred back in 1979 when I was an intelligence officer with the Colorado Springs Police Department. I was sitting in my office one day, and I was reading the newspaper; came across a want ad or a classified that said, Ku Klux Klan, for information,” explained Stallworth.

He continued, “I eventually spoke with a gentleman over the phone responding to that ad, and the gentleman explained to me that he was starting a Klan chapter in Colorado Springs and was looking for new people.”

To seem like a viable member, Stallworth told the Klan member that he was a white man and hated “blacks, Jews, Mexicans, and Asians.” He also came up with a backstory about being upset that his sister had dated a black man and that he wanted to join the KKK to “put a stop to all of this nonsense.” This sold the Klan member, who promptly invited Stallworth to join them.

The man asked to meet up at a local bar, but obviously, Stallworth couldn’t meet up with him in person. So, as the movie portrays, he asked his friend and co-worker Chuck (in the film referred to as Flip, played by Adam Driver) to pretend to be him while wearing a wire that’d let Stallworth listen in on their conversation. This proved to be successful, as Stallworth eventually gained access to KKK leader David Duke, earned his trust, and managed to totally infiltrate the KKK.

Even though Duke never discovered Stallworth’s true identity during the investigation, things escalated when Stallworth was asked to be the new KKK organizer. Out of panic, the chief of the department halted the investigation. But Stallworth’s investigation wasn’t done in vain. According to The Daily Beast, Stallworth stopped three cross burnings and uncovered that many members of the KKK were serving in the U.S. military. And that incredible story is now being portrayed in BlacKkKlasnman, in theaters Aug. 10.