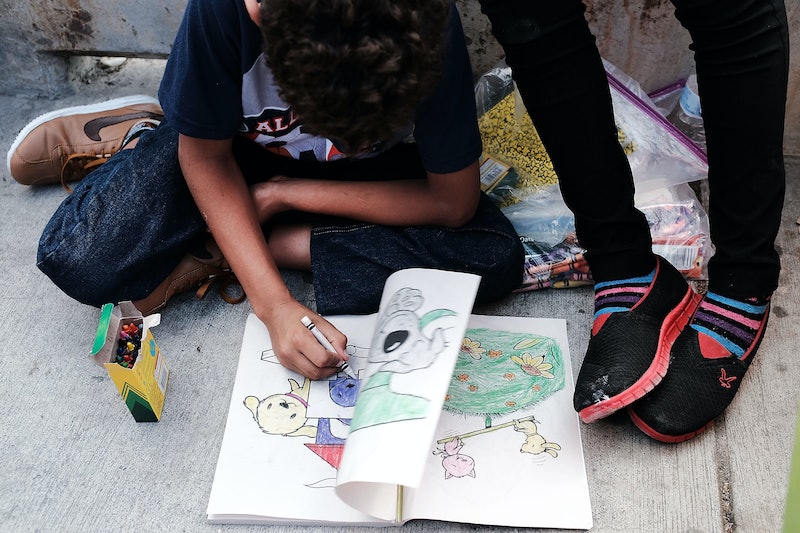 Border Patrol agents may have detained and separated a parent and child who are U.S. citizens, Trump administration lawyers revealed Tuesday in a court filing. The revelation came as the administration sought to update a federal judge who'd ordered the reunion of more than 100 migrant parents and children under the age of 5. More than half of the children had not been reunited with their parents by the judge's deadline.

Officials have reunited only 38 of the 102 migrant children a federal judge had ordered the Trump administration to return to their parents by Tuesday, according to papers filed in court on the day of the deadline. According to the Justice Department's update, at least 64 children under the age of 5 remained separated from their parents for a variety of reasons. Among its list of reasons was one disquieting claim that officials might have detained and then separated a U.S. citizen from their child.

"[One child] cannot be reunified at this time because the parent's location has been unknown for more than a year," the Hill reported the court filing said. "Defendants are unable to conclusively determine whether the parent is a class member, and records show the parent and child might be U.S. citizens."

Bustle has reached out to the Department of Justice, which filed the report. The Department of Health and Human Services' Administration for Children and Families office issued a statement to Bustle that said "in order to protect the privacy," the office "does not identify individual UAC and will not comment on specific cases"

Although the filing related to a number of migrant children under the age of five, it was unclear exactly how old the child in question is. The filing also failed to provide any additional information about the child, their parent, or why they were separated more than a year ago.

In June, the Department of Homeland Security reported immigration and border patrol agents had separated 2,342 children from 2,206 adults between May 5 and June 9 alone, CBS News reported. The agency had previously said 1,995 migrant children had been pulled from their parents from April 10 to May 31.

Although Trump signed an executive order that promised to end his administration's policy of separating immigrant families in June, he recently appeared less than sympathetic to the plight of separated migrant families. "Tell people not to come to our country illegally," CNN reported Trump told reporters Tuesday when asked about his administration's failure to meet the court's Tuesday deadline for reuniting more than 100 migrant children with their parents. "That's the solution"

"I'm saying this very simply: We have laws. We have borders. Don't come to our country illegally. It's not a good thing," President Trump said when asked to clarify if the administration's separation of families at the border had been meant as a "punishment."

According to the Trump administration's recent court filing, the majority of the 63 other migrant children under the age of 5 cannot be reunited with their parents due to either safety concerns or because officials are still verifying the identities of parents. At least 10 children cannot be returned to their parents because the parent is in criminal custody.