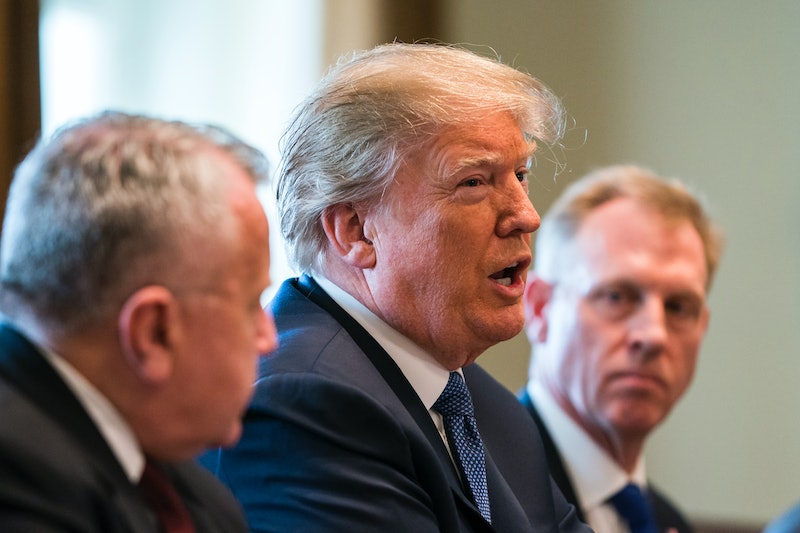 According to an Associated Press report out Monday, Donald Trump's family hotel business sought help from Panama's president, Juan Carlos Varela. The AP said that it received a copy of a letter from Trump Hotel's management team in which the legal team representing the Trump Organization addressed the Panamanian leader and asked for a favor in a judicial affair.

The AP said that the legal team that represented Trump's business was the Britton and Iglesias firm. In a letter dated as March 22, the firm wrote about wanting to carry on hotel business as usual and addressed Varela as someone who could, the letter says, help the company. The Trump Organization did not respond to AP for a comment on whether Trump was personally aware of the letter.

Seeking Varela's "influence" to solve a "commercial dispute," AP said that the firm highlighted a ruling from Panamanian courts that did not let Trump's organization retain control and maintenance of a waterfront luxury establishment. According to AP, an emergency judge ruled that the president's business had violated a bilateral treaty and subsequently lost legal power to reinstate control over the building.

In the letter, the firm said that it "URGENTLY" had to "request your [Varela's] influence in relation to a commercial dispute involving Trump Hotel aired before Panama’s judiciary." Isabel de Saint Malo, the foreign secretary of Panama, told AP that the foreign office had been notified and given a copy of the same letter.

While speaking with AP, de Saint Malo said, "It is a letter that urges Panama’s executive branch to interfere in an issue clearly of the judicial branch." She added, "I don’t believe the executive branch has a position to take while the issue is in the judicial process." In addition to de Saint Malo, a source who works directly for Varela's office confirmed that there was a receipt of the letter.

The report of the letter arrives two months after a legal dispute took place at Trump's hotel business. In February, the building's majority owner, known as Orestes Fintiklis, sought to kick the president's hotel management staff out of the building and reassert full control of the building owning association. According to Politico, Fintiklis had ownership of 202 out of the 369 units in the building.

Initially, Trump's management put up a fight in order to continue to stay in the hotel, but in March the Panamanian judiciary members ruled in favor of the majority owner and said that while it was wrong of Fintiklis to kick the management staff out while legal proceedings were taking place, Trump's business was no longer welcome.

Pushing against this ruling, the letter received by AP showed that the legal team working for Trump tried to shift blame on the Panamanian state. The letter says, "We appreciate your influence in order to avoid that these damages are attributed not to the other party, but to the Panamanian government."

In one of the more eyebrow-raising points of the letter, Trump's legal team said that it was fully aware of the "the separation of powers of the State." But it continued to use language that, according to AP, effectively came across as seeking a favor from the president of Panama in an explicitly judicial affair. Even Panamanian media spoke of the letter as peculiar and morally questionable. The country's La Prensa news publication titled the report as "Trump Organization Pressures Varela."

Observers of the situation called the letter strange and out of line. I. Roberto Eisenmann, who created La Prensa, told the AP it was "embarrassing" to see the president of the United States of America in such a position.