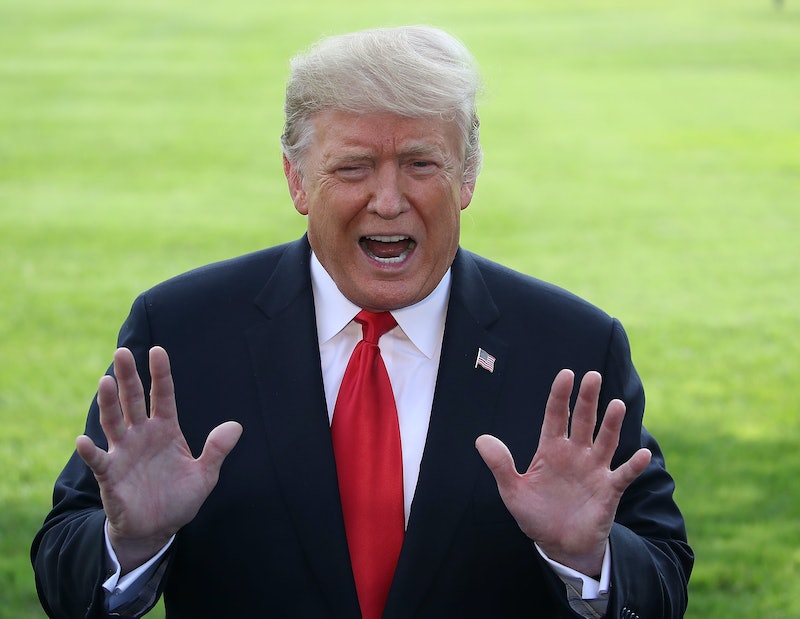 If you've ever felt like auditing a university class about the state of current political affairs in this country, then you are in serious luck. A "Trumpaganda" course at the University of Illinois at Urbana-Champaign will soon be available for students. The full title of the course will be "Trumpaganda — The War on Facts, Press and Democracy," and it will be available through the school's journalism program. And yes, students in the course will study exactly what you would think, based off of the course title.

The course will be taught by Mira Sotirovic, an associate professor in Media, during the second half of the fall semester. To The Daily Illini, a student-run newspaper for the University of Illinois, Sotirovic said, “Propaganda is effective only if it is concealed and camouflaged as something else, such as news, advertisements or PR releases, and it is critical to learn how to detect propaganda and recognize propagandistic features of any communication, including presidential."

Stephanie Craft, the head of the journalism department, also said to The Daily Illini, “This particular course is the first of what we hope will be a series of what we’re thinking as pop-up courses, where we’re trying to identify things that are very in the news and build an eight-week course around it that would be of interest to the broader University community, not just journalism majors."

Bustle reached out to the White House for comment.

The course description for the Trump-centric class reads in full,

This course examines the Trump administration’s disinformation campaign, its "running war” with the mainstream news media, and their implications for American democracy and a free press. As a candidate, Trump employed the most common propaganda device, name-calling, to define, degrade, discredit and destroy his primary opponents as well as the “fake” news media.

By the second year in his presidency, President Trump’s rhetorical attacks on mainstream media continue—he has labeled them the “enemy of the people”—and not only dominate his tweets but also are a centerpiece of his every press conference and public statement. Previous American administrations have had a contentious relationship with the news media, but the Trump administration’s conflict with the press is different in strategies and tactics, challenging Americans’ tendency to think of propaganda as something that doesn’t happen in democratic societies.

Of course, having a course focused around the current presidential administration isn't unusual all on its own; for example, Harvard University offered a course in 2013 called "Understanding Obama." But having an accredited university offer a course that explicitly denounces an administration's "disinformation campaign" is certainly unprecedented.

Trump's frequent misappropriation of facts and accuracy in reporting has long been a source of contention, particularly between him and the news media. Trump has maintained that the "fake news media" is out to get him and that the media goes out of its way to falsely report the events that take place within and as a result of the Trump administration. And in contrast, the news media keeps meticulous track of how often Trump says something publicly that is flat out false.

Sotirovic, the Trumpaganda course professor, isn't new to studying Trump, either: she contributed to a chapter titled "Donald Trump 'Tells You What He Thinks'" for the recent book, "Communication in the Age of Trump."

She wrote, "Trump's populist campaign message expressed in tough talk was among many reasons for his electoral victory, creating an impression that Trump 'tells you what he thinks,' even when those messages had racist and sexist overtones."